Mr Eazi Speaks On Going On A Short Break From Music

Mr Eazi Speaks On Going On A Short Break From Music 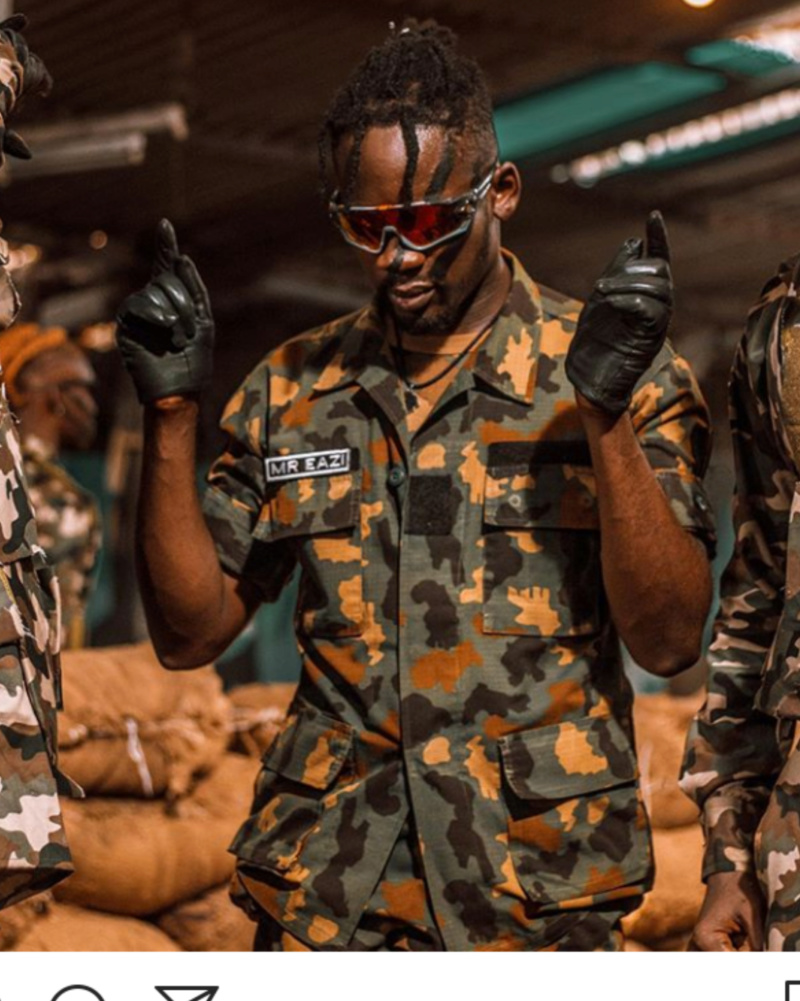 Popular Nigerian award-winning singer, Mr Eazi has disclosed that he would be taking time off the music scene for some weeks.

According to the singer, the cold weather has affected his ability to record good music.

He further revealed that he would be making a come back in February and advised his fans to keep living the spirit of “Miraku”.

“
Guys the cold finally got me! Man no fit record so it’s vacation time! See you guys in FeB untill then “Keep living in an atmosphere of miraku!!! “ signed – HE Don Eazi”” 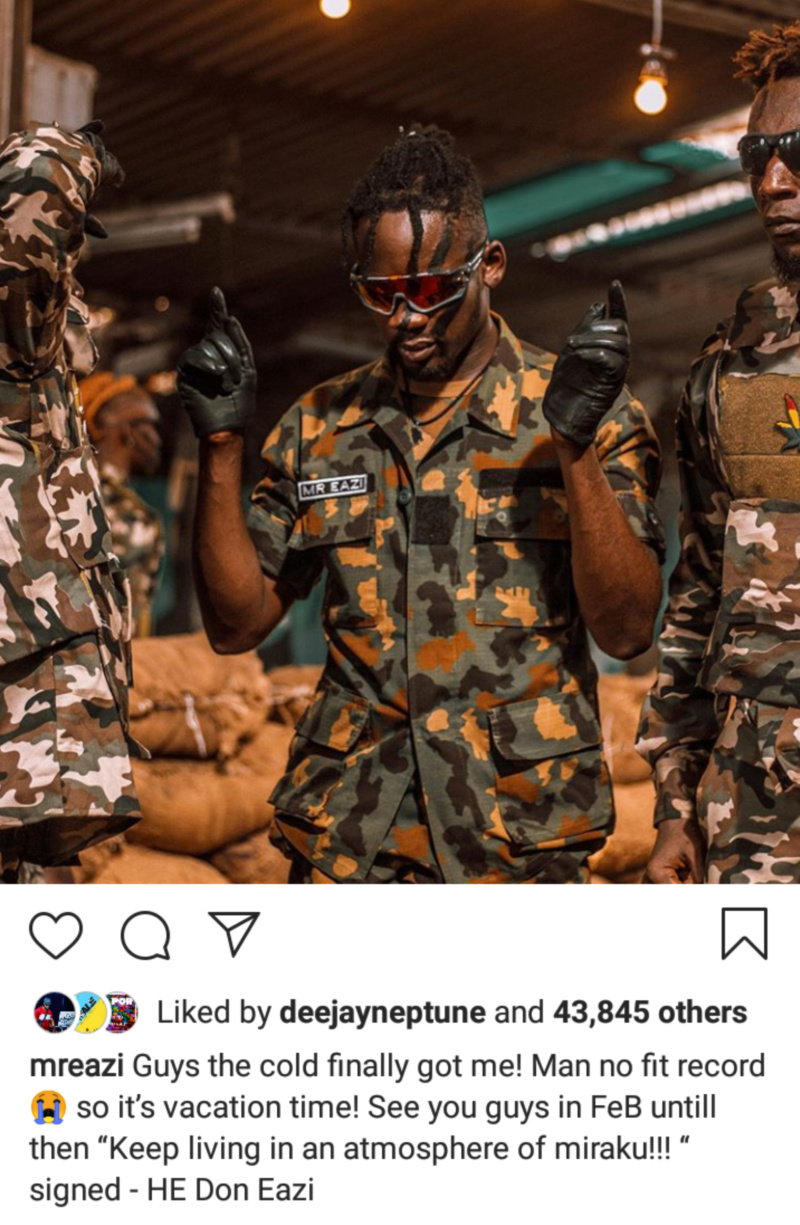