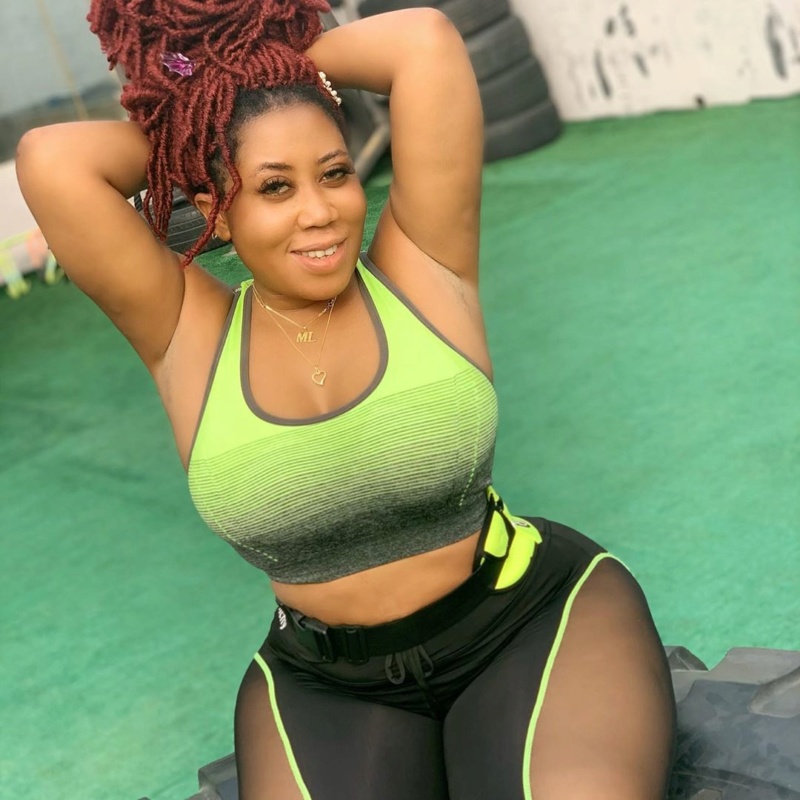 Moyo Lawal shared some racy photos on Instagram and this led to a follower preaching repentance to her. But the actress was of a different opinion.

The actress had on a skimpy bodysuit that covered only the upper part of her body properly but bared her hips and thighs. 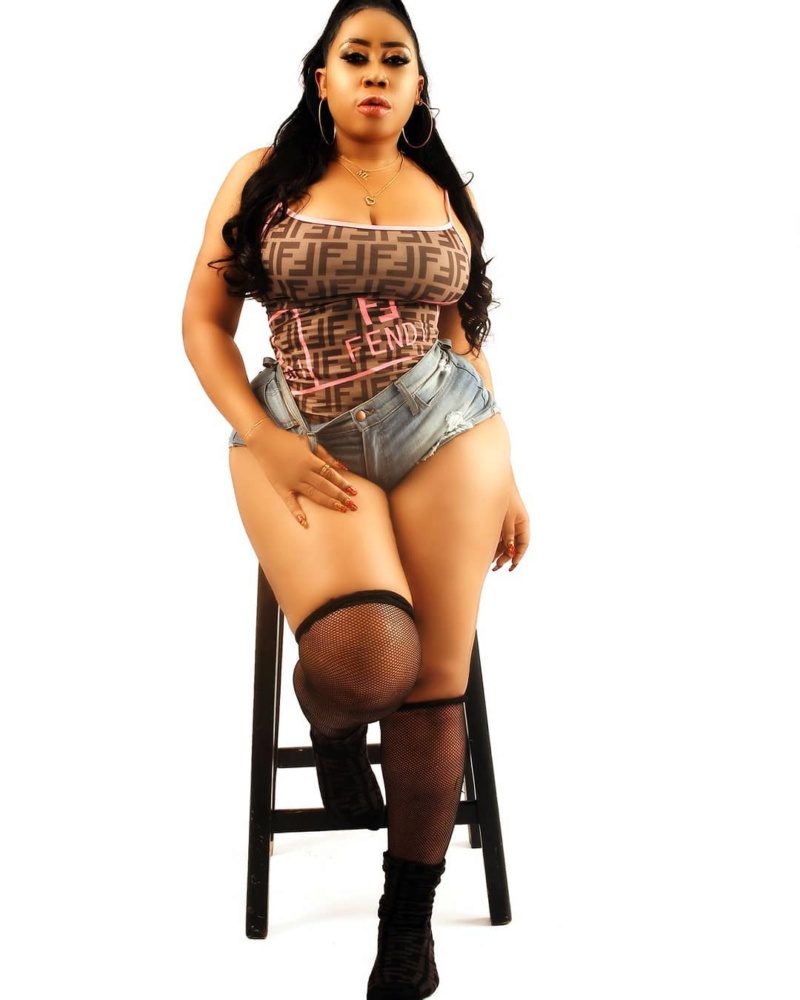 In the caption, she responded to people who usually ask her questions about how they can grow their hips. Moyo explained that the only way to have bigger hips is to buy them because one cannot grow them.

See a screenshot of the post and reply below:- 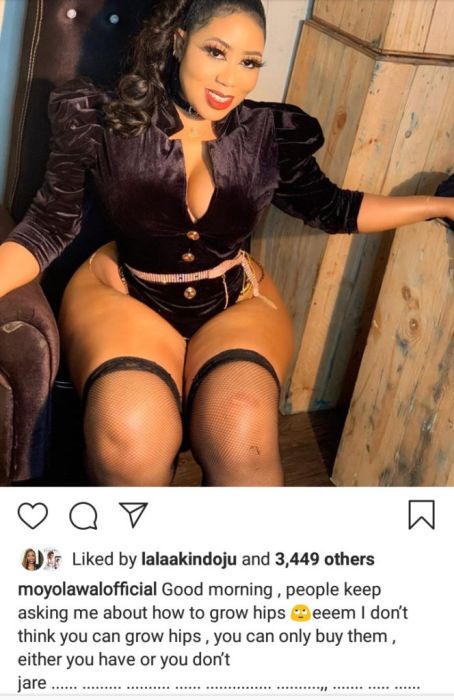 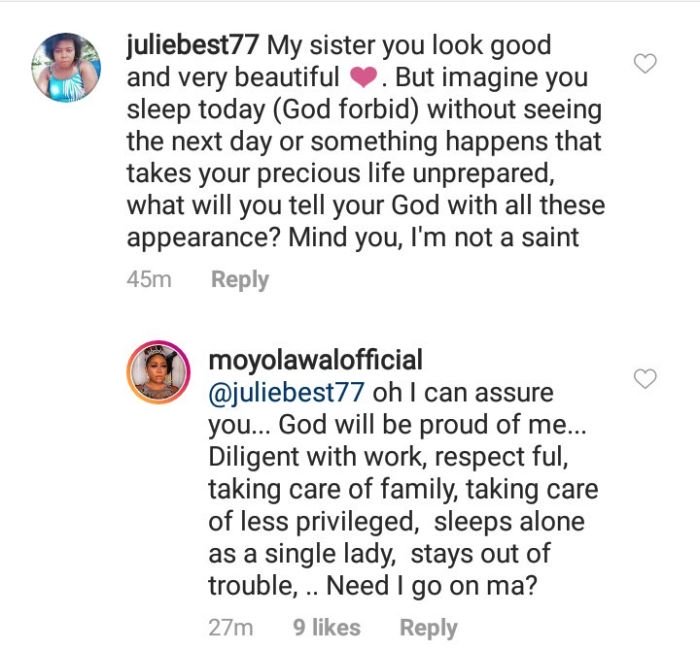