Good news, Lagos state Airtel users can now enjoy the amazing speed of Airtel 4G LTE. The service has been confirmed working perfectly in Lagos. Hopefully it would be rolled out to other states soon.

Just like what Airtel did for their subscribers in Ibadan, the Lagos state 4G new users can also get Free 4GB data when you swap your SIM to Airtel.


How to Swap Your Sim for Airtel 4G SIM
If you are living in Lagos and you are using a 4G supported device. Kindly visit an Airtel shop near you with a valid means of identification for assistance on your swap request.
One you are done, check your data balance by dialing *140# and you will be given a free 4GB data bonus
on Thu Mar 22, 2018 3:25 pm
SnowsUltimate goal ✭✭✭✭✭✭ 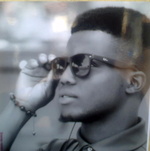