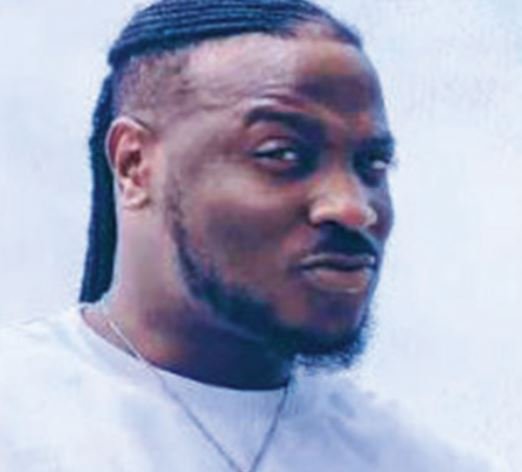 Popular Nigerian singer and songwriter, #Peruzzi is currently trending for the wrong reasons on social media, as an alleged old tweet of his stating that he is a rapist has been dug up.
Earlier today, the singer was called out after a lady has taken to Twitter to allege that popular DMW recording artiste, Peruzzi raped her 8 years back.

“
”We plan to go see a movie and you bring six other babes, i pay, buy chao after movie, take you somewhere else, call six of my guys, we rape all of you. Na bad ?” 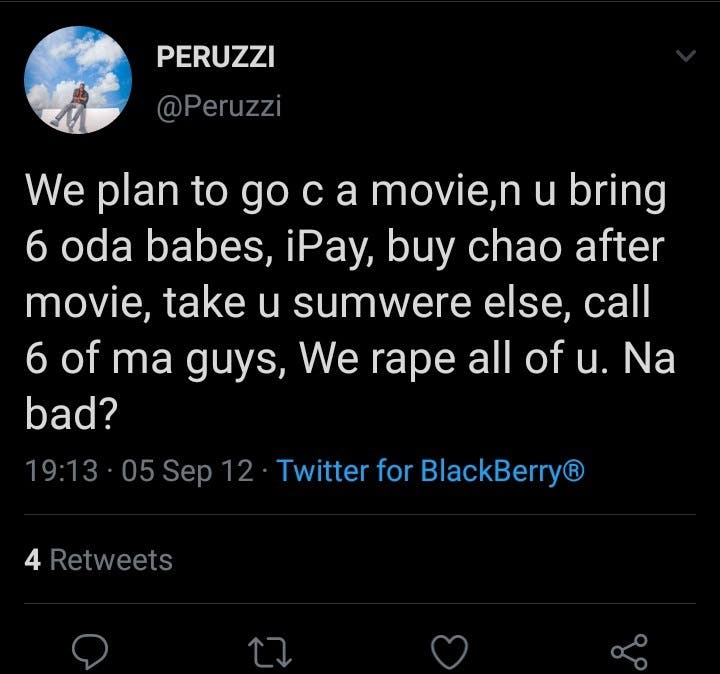 And then in another post dug up by social media users. The singer stated that he is a rapist 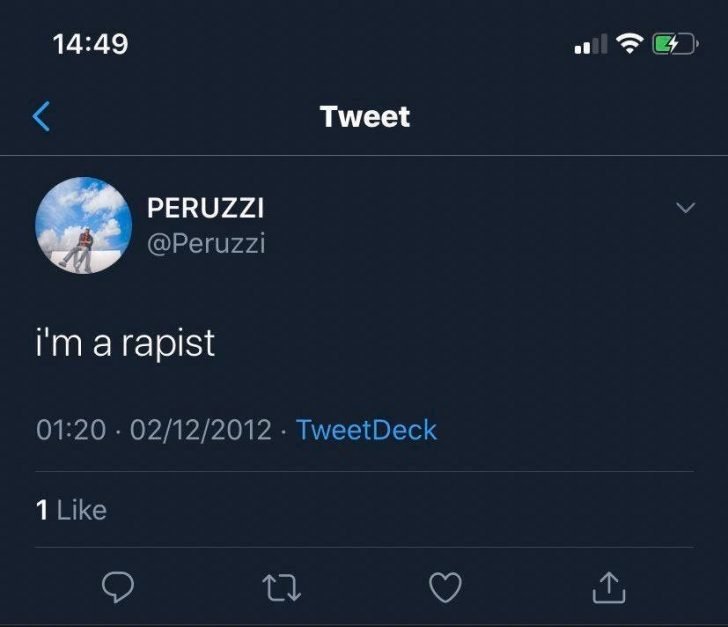 The lady who accused him of raping her had alleged that the singer did it in the company of her friend.

She claimed Peruzzi was dating her friend and they went together to see him.

The friend, however, denied being aware of the rape and claimed Princess was lying about the incident.