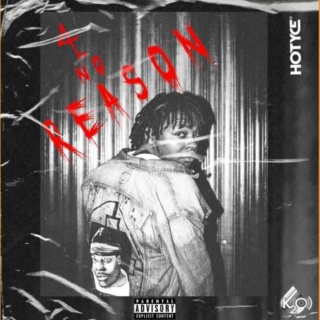 Hotyce on this project further affirmed his incredibility via his effortless delivery on all the sounds employed on this project with the message in this new body of work titled “4 No Reason”, circles around being in the present and in the now. It evokes the feeling of solidity and calmness.

“4 No Reason” is best described as a feel-good bop laced whose production soundscape is a fine blend of the burgeoning Drill template from the UK and embellished with some good ole soul, trap, and Afropop flavor, in turn, birthing a great music experience.

The new release is a sequel to his 2018 album “RedHOTYCEcold” vol 1 which had the track “We Don’t Do That Over Here,” which snagged a nomination in the 2019 Headies award.

A few tracks on the EP to include “Stop And Search” are already gathering momentum as the next big project with positive reviews it has received from first time plays on top radio stations across the country.  #Music

DOWNLOAD THE MUSIC
I guess you enjoyed the music? We'll love to hear from you, use the comment box to share your thoughts on this music titled "Hotyce – 4 No Reason"