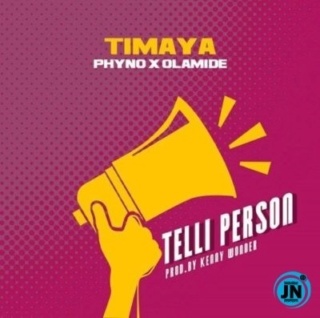 However on this record, he features top-notch indigenous rapper and singer, #Olamide alongside Penthouse music Boss, #Phyno. The song was released in 2017 which also seems to be a diss song to popular Instagram celebrity, Ray Hushpuppi.  #Music

DOWNLOAD THE MUSIC
I guess you enjoyed the music? We'll love to hear from you, use the comment box to share your thoughts on this music by "Timaya" titled "Telli Person" featuring "Olamide and Phyno"