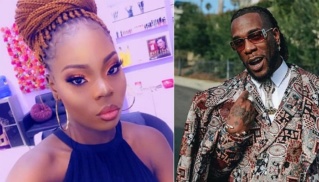 The Nigerian lady, @iam_mystiquee on Twitter slammed the Afrofusion singer after it was announced that he won BET’s Best International Act award for the second consecutive year.

The lady took to her Twitter to fume over the prospect of him being totally undeserving of the award, saying BET gave him so peace could reign.

Read what she wrote below:- 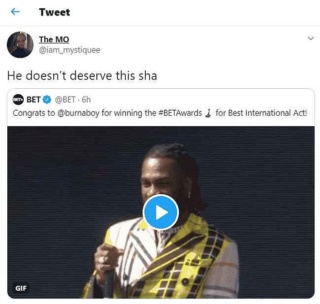