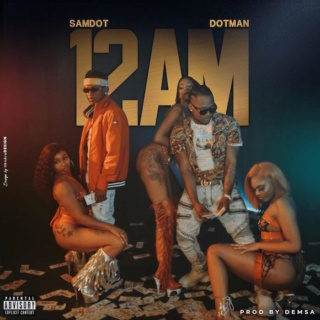 Download music audio and video by "Samdot" titled "12AM" featured 'Dotman' and enjoy more Nigeria songs on 9jaloud online entertainment platform.
#SamDot is back with another smash hit, It is with great excitement that he announced his new single titled “12AM” featuring #Dotman.
The new hit was produced by Dallas native producer Demsa.

“12AM” happens to be his third single released in the year 2020. This hit single is released alongside the Visuals.

Watch below:-
I guess you enjoyed the music audio and video? We'll love to hear from you, use the comment box to share your thoughts on this music by "Samdot" titled "12AM" featured 'Dotman'