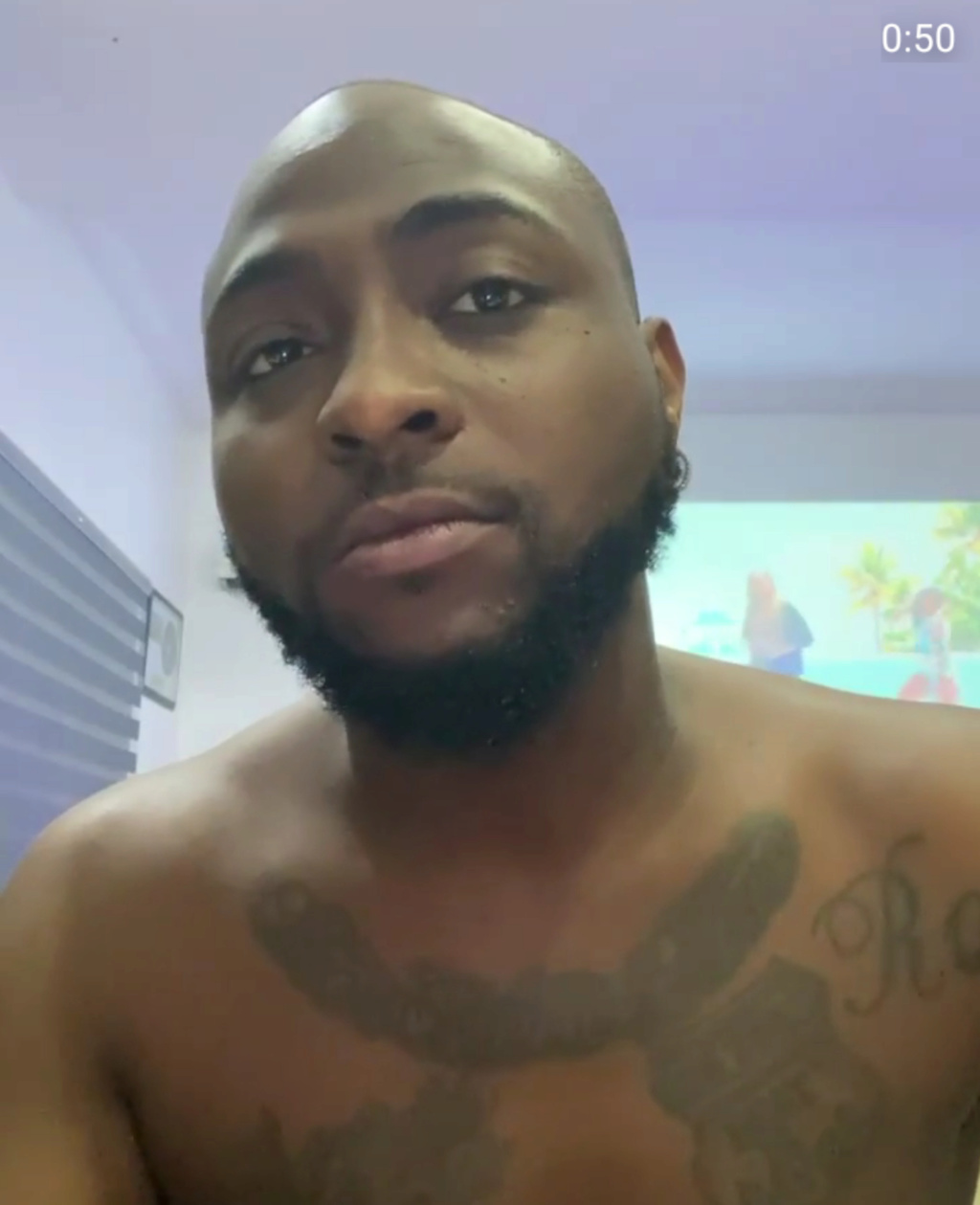 It appears the recent #Davido achievements didn’t sit well with majority of those who stan Wizkid – The WizKid FC
All through from yesterday night when Davido’s 1 Billion streams milestone was announced, there has been subliminals playing down this achievement.
Some attributes the huge success to the fact that Davido included songs like Fall, IF and Assurance to the album which were songs he released three years ago. Perhaps they were pained.

See Some of the tweets below: 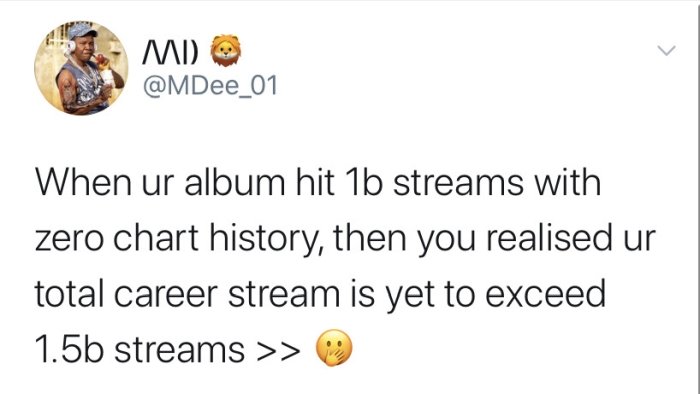 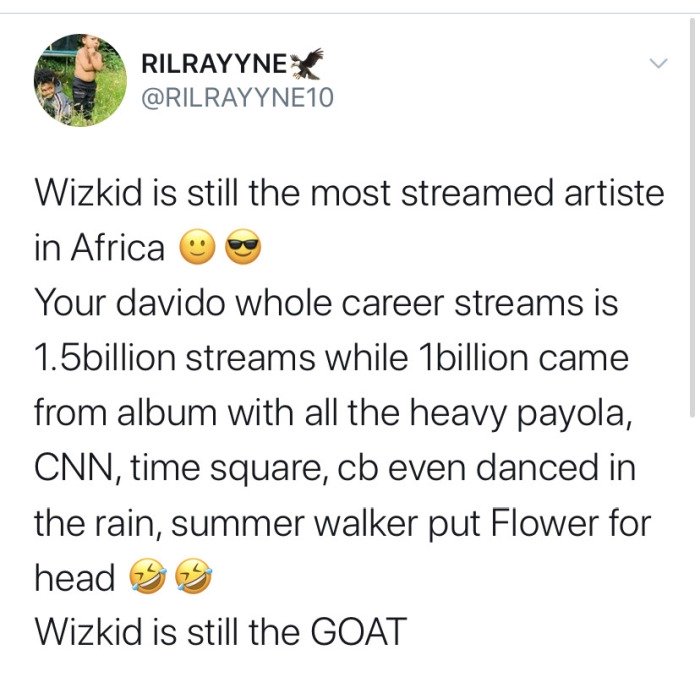 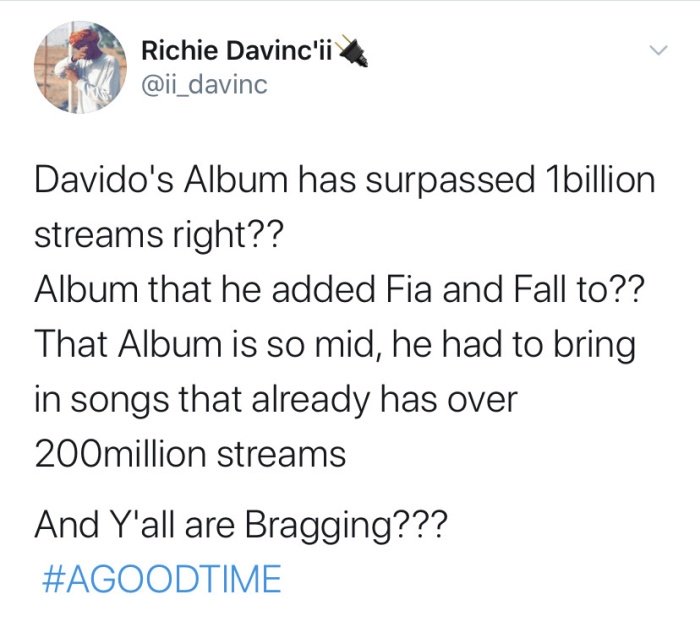 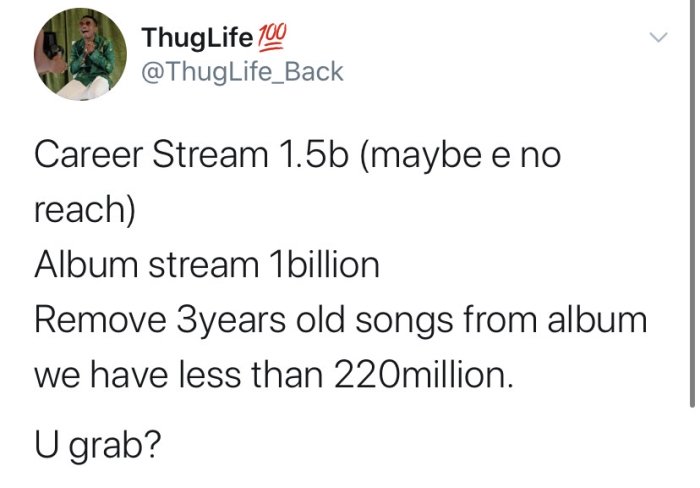