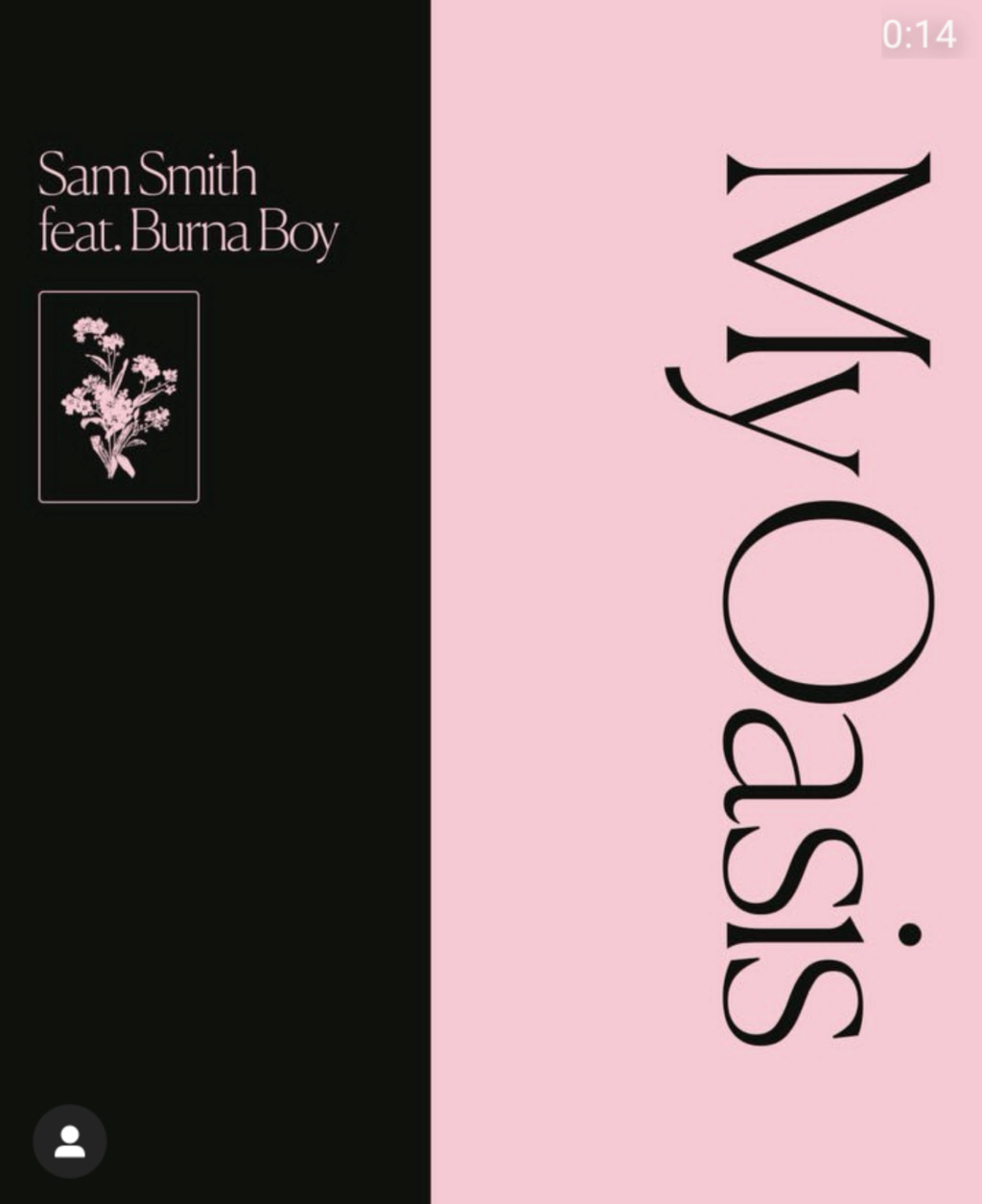 English singer and songwriter, Sam Smith returns after taking short break during the Quarantine period with a brand new single called "My Oasis"

On this new single, he teamed up with Nigerian Afrobeat superstar, #Burna Boy who did justice with his verse.
‘My Oasis’ comes following Smith’s decision back in March to postpone and rename their third studio album. Originally titled To Die For and slated for a May 1 release, the singer revealed in an Instagram post that the timing and title of the album didn’t “feel right” to them, but promised fans that “I am still going to bring out some new music over the next few months.”

DOWNLOAD THE MUSIC
I guess you enjoyed the music? We'll love to hear from you, use the comment box to share your thoughts on this music by "Sam Smith" titled "My Oasis" features Burna Boy