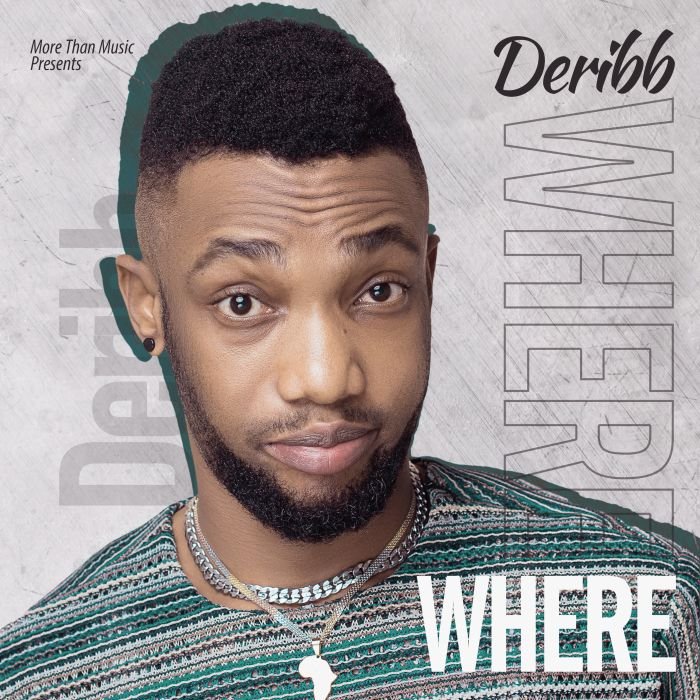 Fast rising artiste- Deribb is pleased to announce the release of his new single “Where”.
The song is an Afro-pop song centered on the love story between two people, who are faced with challenges in their relationship and are having difficulties living without each other.

Deribigbe Benson, professionally known as Deribb is a musician, producer, and an afro-pop, afro soul, and afro-fusion singer.

In an industry that is highly competitive, Deribb has crafted a sound for himself that cuts across all ages, gender and demography.


Prior to the release of his latest single “Where”, the Lagos born singer, has some songs in his Arsenal namely, “Titilaye”, “Aye Asoro”, “Bad Gidigan”, “Need a Girl” and many more, which gained massive airplay across the nation.

With a burning desire to achieve his childhood dreams, Deribb is here to stay and stamp his name on the global map as a musical force to be reckoned with anytime.

Could he be the new kid on the block? We will let you be the judge.
“Where” is available on all platforms for downloads, sharing, etc., hit the repeat button and let the name Deribb register in your minds.

DOWNLOAD THE MUSIC
I guess you enjoyed the music? We'll love to hear from you, use the comment box to share your thoughts on this music by "Deribb" titled "Where"