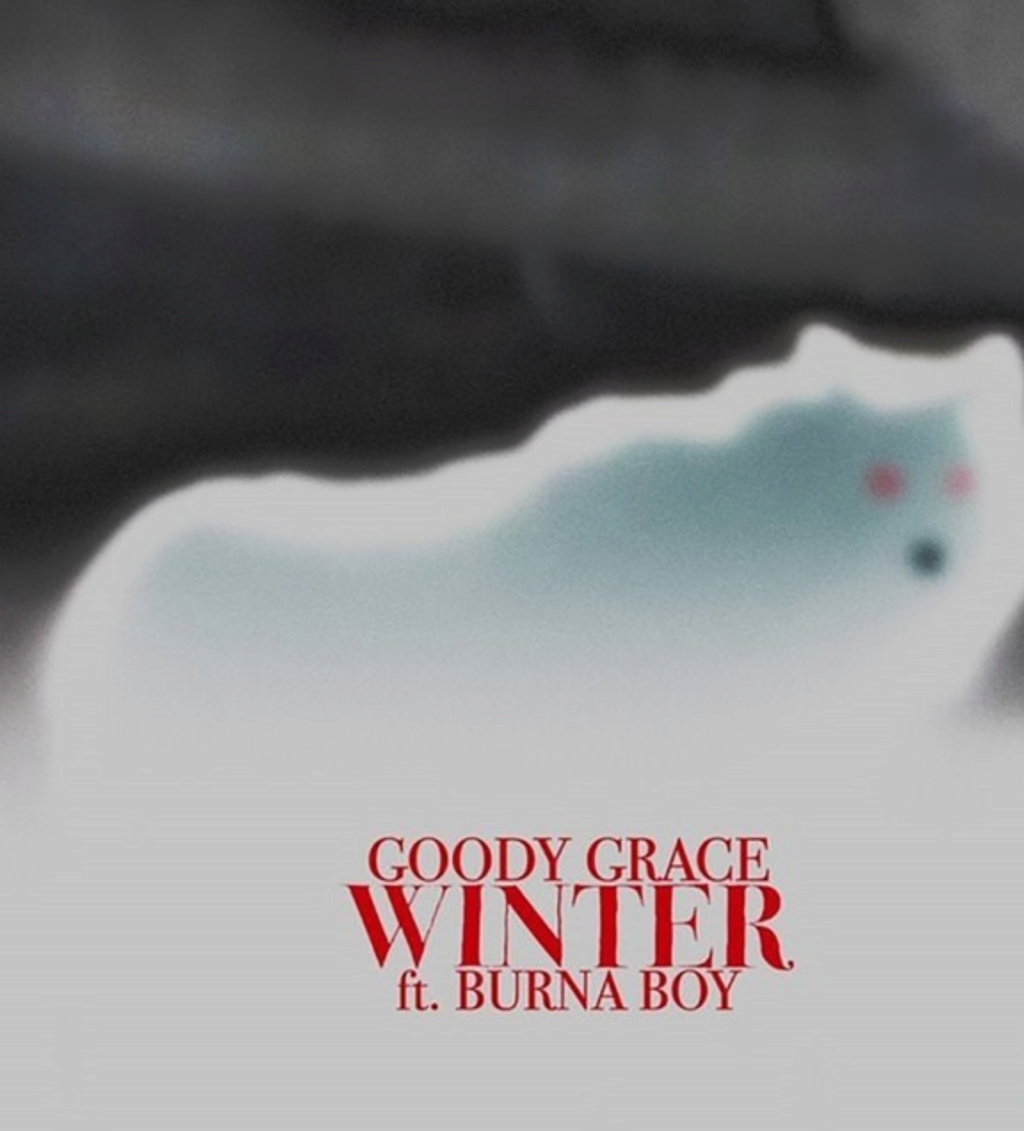 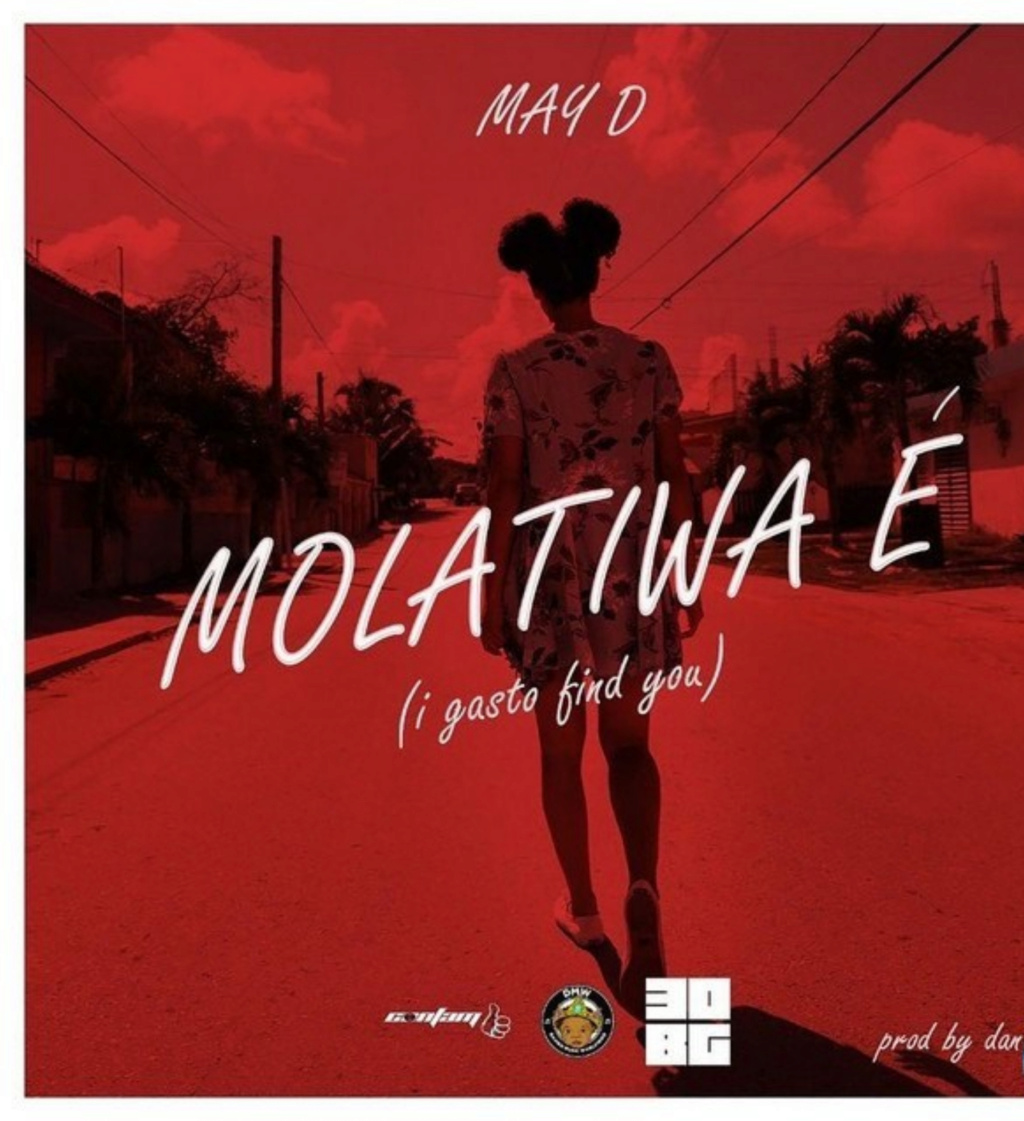 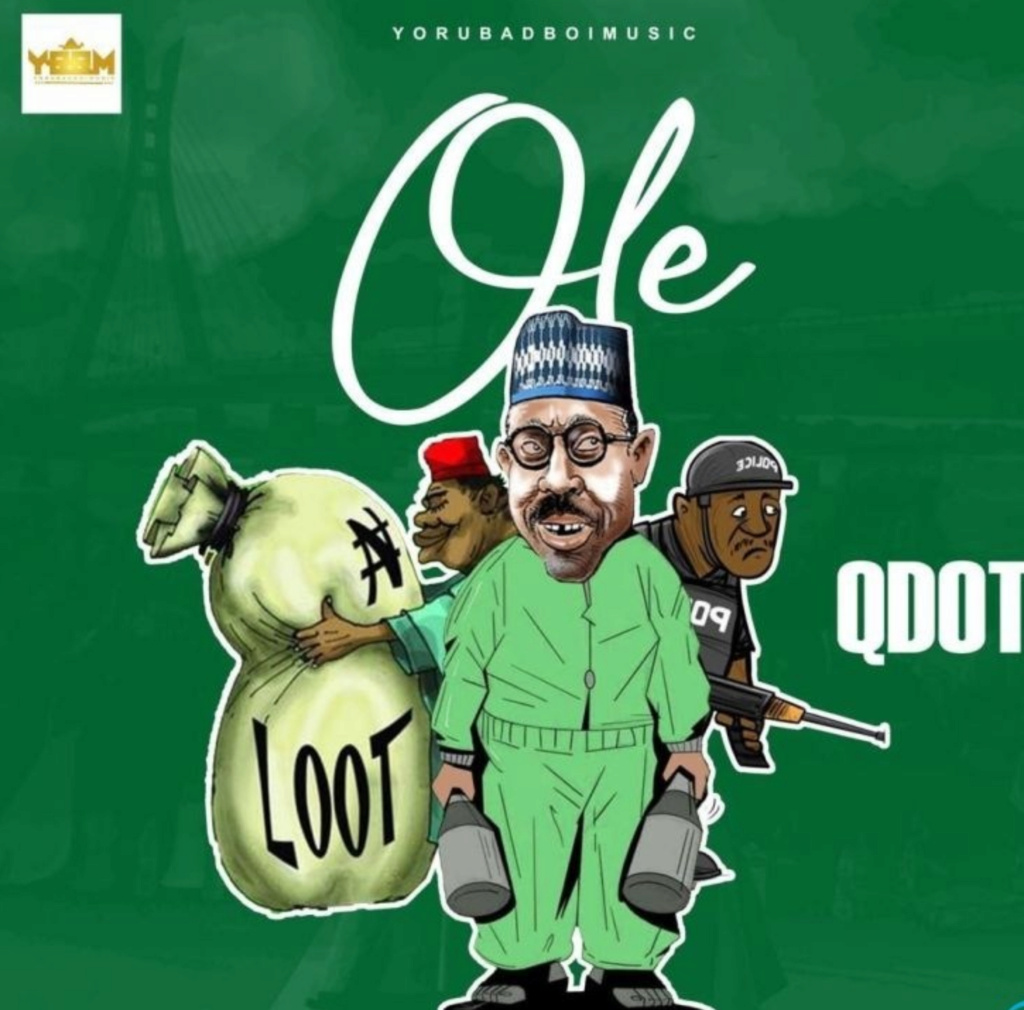 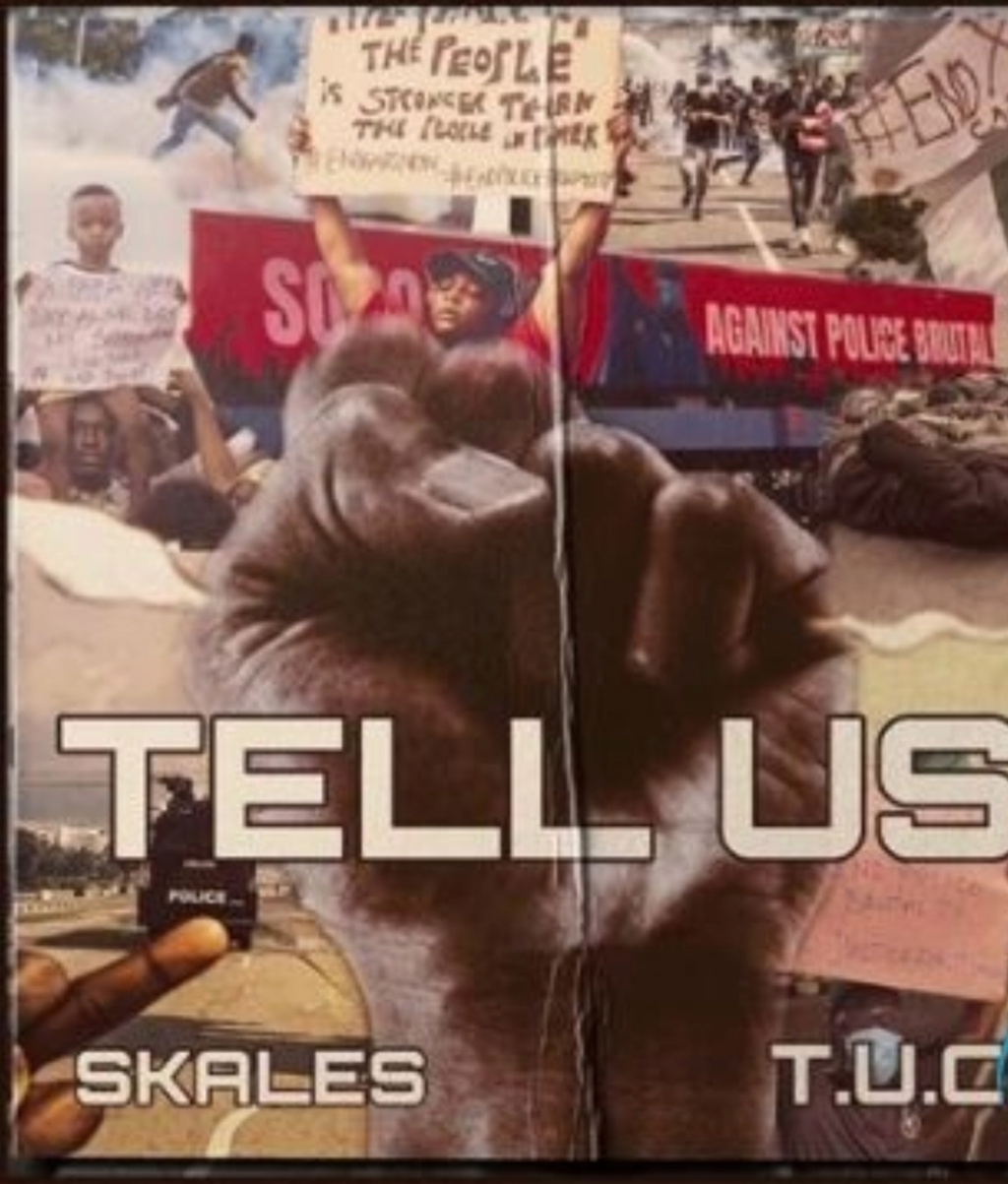 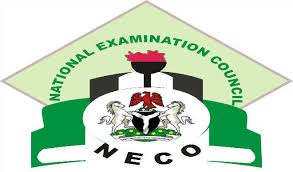 IRS ANSWERS
(2a)
Quran is the central religious text of Islam, which Muslims believe to be a revelation from God (Allah)
i.e other names for Al-Quran
(i)Al-Kitāb
(ii)Mubīn
(iii)Rahma
(iv)Al-Furqān
(v)Shifa
(2b)
(i)Cleansing of Heart
(ii) Chance of Communication with Allah
(iii) Quran will lead us to Paradise
(iv) Fulfillment of Religious Duty
===============================
(5a)
Hanafi,
Maliki,
Shafi'i
, Hanbali
(5b)
Primary source of SHARIAH :--
The primary source accepted universally by all
Muslims is the Qur'an , the majority adhering also to the traditionally reported Sunnah , but rejected by others; Quranism . The Qur'an is the
holy scripture of Islam, believed by Muslims to be the direct and unaltered word of God . The Sunnah consists of the alleged religious actions and
quotations of the Islamic prophet
Muhammad , narrated through his
Companions and the Imams
===============================
(6a)
Angels are celestial beings, created from a luminious origin by God to perform certain tasks he has given them
(6b)
(6c)
(i) These angels record our deeds, words, and thoughts
(ii) These angels torture the wrongdoers at the time of death
(iii) These angels welcome the believers into heaven, greeting them with peace
(iv) These angels questioning people in their graves about their faith.
(v) These angels protect us from whatever evil Allah wills to save us from
+++++++++++++++++++++
*IRS ANSWERS*

The Treaty of Hudaybiyyah was an important event that took place during the formation of Islam. It was a pivotal treaty between Muhammad, representing the state of Medina, and the Quraysh tribe of Mecca in March 628.

i) The Holy prophet commitment to peace
ii) The prophet sets standard for keeping promise.

CRK
(5a)
The synoptic writers agree that Peter and his brother, Andrew and the Two brothers, James and John the sons of Zebedee were the first four disciples to be called by Jesus. Matthew(4:18-25) and Mark(1:16-20) have the same setting for the call of disciples.
According to Matthew, Jesus was walking by the  sea of Galilee. He met two brothers, Peter and Andrew. They were casting a net into the sea for they were fishermen. And Jesus said to them, "follow me and I will make you fishers of men". Immediately, they left their nets and followed Jesus.
A little further from where Jesus called Peter and Andrew, he met two other brothers, James and John the sons of Zebedee. They were in a boat with their father mending their nets for they were also fishermen. Jesus called them immediately, James and John left their boatyard their father and followed Jesus.

Stephen, a man "full of faith and of the Holy Spirit," was among them. Stephen performed great wonders and miracles among the people of Jerusalem. Jews of the outer provinces began to argue with him, but they could not win against his Spirit-filled wisdom.So in secret,they convinced false witnesses to lie, accusing Stephen of blasphemyagainst Moses and God. In ancient Judaism, blasphemy was a crime punishable by death. The accusers brought Stephen before the Sanhedrin, the great council, where the false witnesses said they heard Stephen say Jesus would destroy the Temple. Stephen launched into a powerful defense, detailing the history of the Jews from Abraham through the prophets. He concluded that the Sanhedrin had murdered the prophesied Messiah, Jesus of Nazareth.
The crowd became furious at him, but Stephen looked up to heaven: "Look," he said, "I see heaven open and the Son of Man standing at the right hand of God." At that, the mob dragged Stephen out of the city and began to stone him. They laid their coats in front of a young man named Saul of Tarsus. As he was dying, Stephen prayed to God to receive his spirit, and further asked God not to hold the sin against his killers.
Stephen "fell asleep," or died. Other believers buried Stephen and mourned his death.

i)Stephen, had Greek names, showing that the members of the early church considered it a universal institution, not just another sect of Judaism.

ii)Stephen's death was illegal. The Sanhedrin was not authorized to impose the death penalty, but the stoning appeared to be the result of mob action.

iii)Stephen was the first martyr of the Christian church. His final words were similar to Jesus' last words on the cross. Stephen was the only one to say Jesus was standing, instead of sitting,at his Father's right hand.

Joseph said to his brothers, “Please come near to me.” So they came near. Then he said: “I am Joseph your brother, whom you sold into Egypt. But now, do not therefore be grieved or angry with yourselves because you sold me here; for God sent me before you to preserve life. For these two years the famine has been in the land, and there are still five years in which there will be neither plowing nor harvesting.And God sent me before you to preserve a posterity for you in the earth, and to save your lives by a great deliverance. So now it was not you who sent me here, but God; and He has made me a father to Pharaoh, and lord of all his house, and a ruler throughout all the land of Egypt.“Hurry and go up to my father, and say to him, ‘Thus says your son Joseph: “God has made me lord of all Egypt; come down to me, do not tarry. You shall dwell in the land of Goshen, and you shall be near to me, you and your children, your children’s children, your flocks and your herds, and all that you have. There I will provide for you, lest you and your household, and all that you have, come to poverty; for there are still five years of famine.” “And behold, your eyes and the eyes of my brother Benjamin see that it is my mouth that speaks to you.So you shall tell my father of all my glory in Egypt, and of all that you have seen; and you shall hurry and bring my father down here.”Then he fell on his brother Benjamin’s neck and wept, and Benjamin wept on his neck.Moreover he kissed all his brothers and wept over them, and after that his brothers talked with him.
Then the sons of Israel did so; and Joseph gave them carts,according to the command of Pharaoh, and he gave them provisions for the journey. He gave to all of them, to each man, changes of garments; but to Benjamin he gave three hundred pieces of silver and five changes of garments. And he sent to his father these things: ten donkeys loaded with the good things of Egypt, and ten female donkeys loaded with grain, bread, and food for his father for the journey.So he sent his brothers away, and they departed; and he said to them, “See that you do not become troubled along the way.” Then they went up out of Egypt, and came to the land of Canaan to Jacob their father.And they told him, saying, “Joseph is still alive, and he is governor over all the land of Egypt.” And Jacob’s heart stood still, because he did not believe them. But when they told him all the words which Joseph had said to them, and when he saw the carts which Joseph had sent to carry him, the spirit of Jacob their father revived.Then Israel said, “It is enough. Joseph my son is still alive. I will go and see him before I die.”

i)Principled : Joseph had character and integrity. He was honest. He was
tempted at multiple times, and he resisted.

ii)Humble : The power and prestige of his position working for Pharaoh never changed him.

iii)Disciplined : Joseph had the proper long term perspective, even while in jail for a crime he didn’t commit.

iv)Grace: Joseph showed grace and mercy to his brothers, even though they had sold him into slavery.

Procedure on How To Subscribe for 2018 Neco  CRS/ IRS  Questions and Answers
No more Direct mobile this time, our #answers delivery will be strictly via whatsapp.

“
Subscription will End 1 hour before each exam start


Note: please do not call our number, simply send message on whatsapp or using SMS