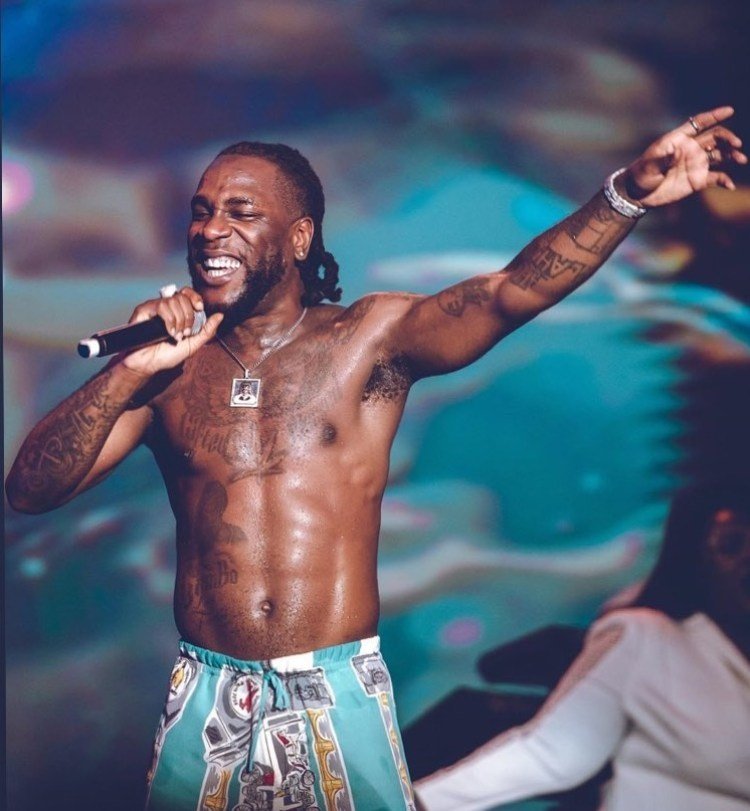 Burna Boy has reacted to the attacks on #EndSARS #EndSWAT protesters across the country by unknown thugs describing it as “cowardly and sadly”
Some unknown thugs attacked peaceful protesters at Alausa this morning and some other parts of the Nigeria disrupting the events and leaving several protesters injured.

Burna in his tweet hit on the unknown distinguished officials telling them their actions wont stop the protesters from their coarse.

Sending paid thugs to disrupt the protests is cowardly and sadly, IT WONT STOP US! I can put that in triplicate and send to you distinguished officials. #SARSMUSTEND #ENDSWAT #YOUREALLUPINOURKOOLAID

The Afrobeat singer is one of the few artistes in Nigeria who is whole heartedly supporting the campaign demanding for reforms in some institution in the country. 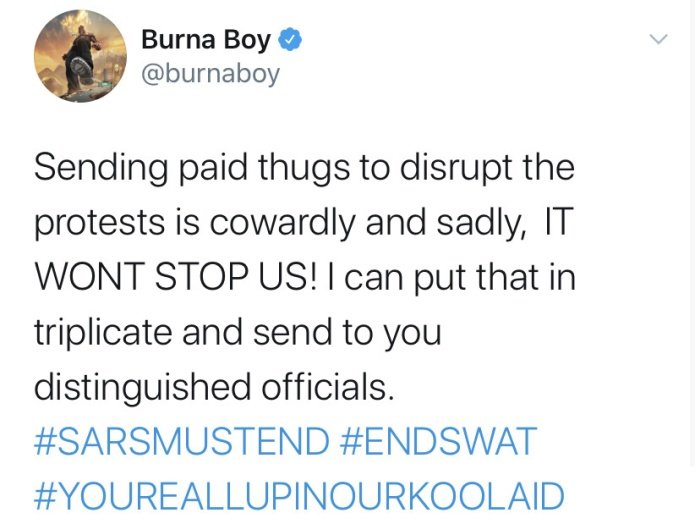