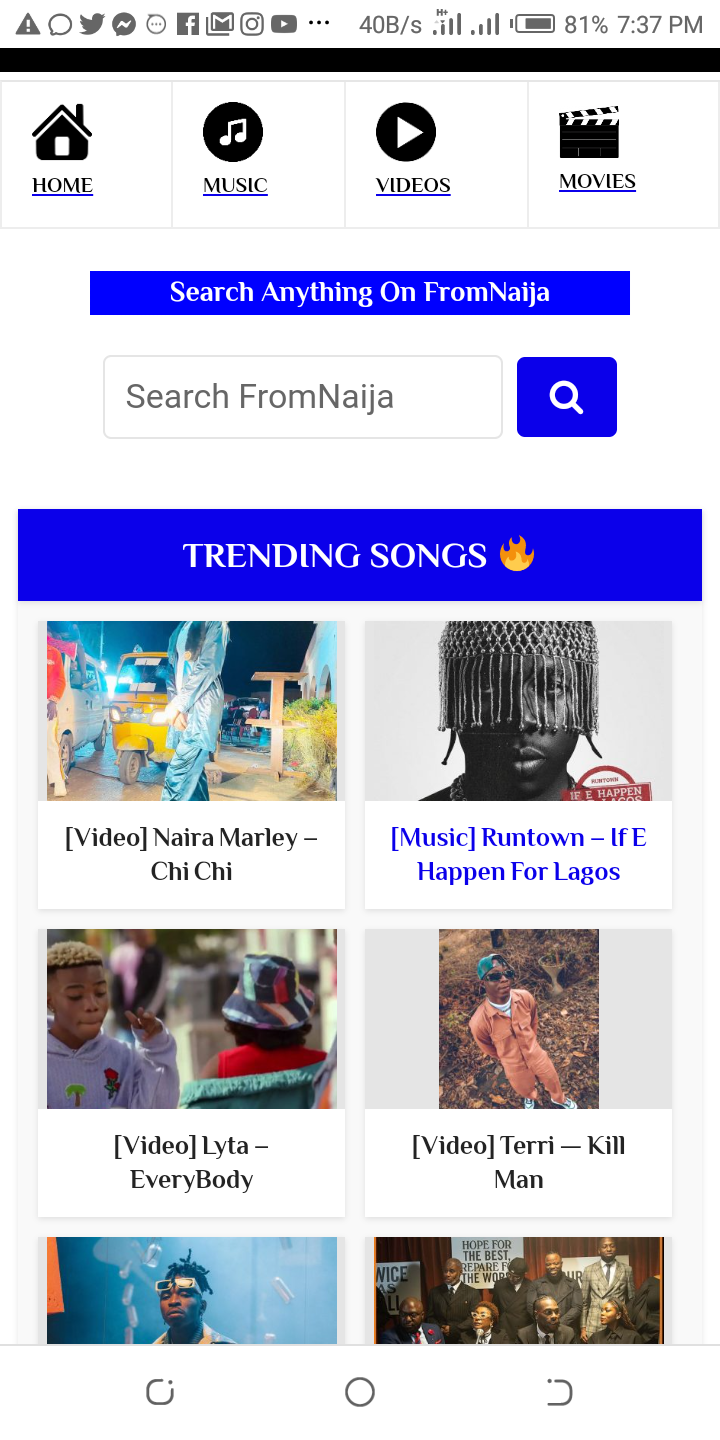 EndSARS: I Was Beaten & Arrested By SARS – Actress Beverly 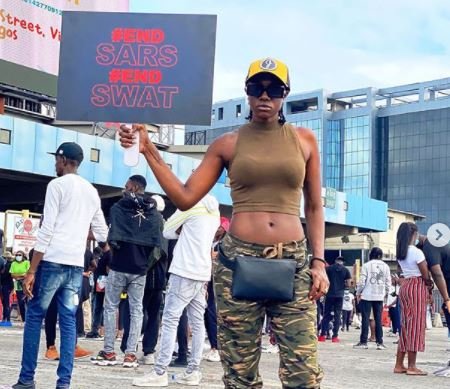 Nollywood actress Beverly Osu on Thursday alleged she had been beaten and arrested by the now-defunct Special Anti-Robbery Squad (SARS).
In an Instagram post, Beverly wrote:

“
“We want a total Reformation of the Nigerian police force …I’ve been beaten and arrested by SARS, Taken from IKATE to OJUELEGBA around 1am �.

“I literally had to be BAILED OUT of prison after being locked up for nothing. 2 hours later.”
” 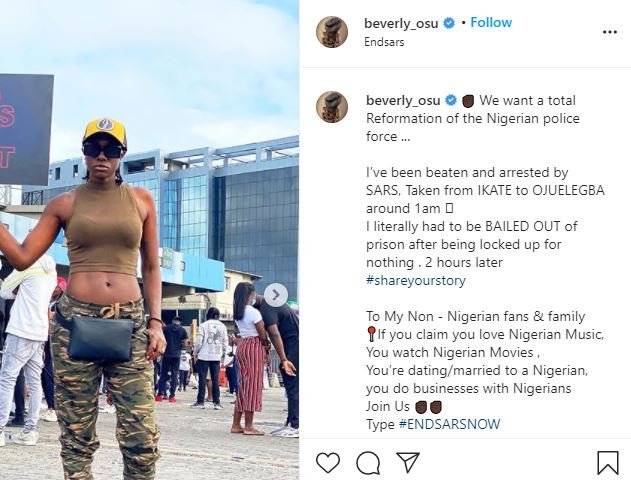