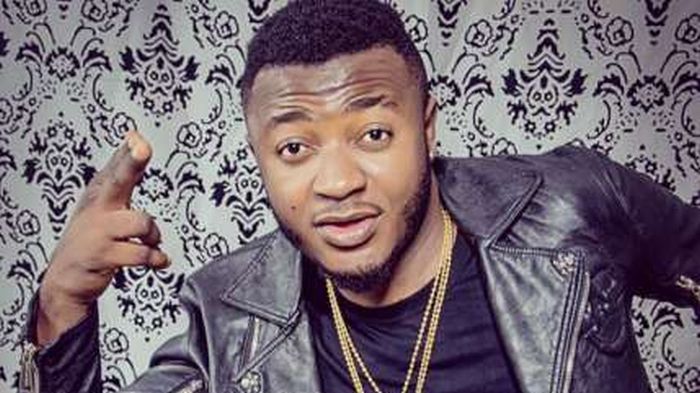 Nigerian singer, MC Galaxy has been dragged to filth for spraying N200 notes at protesters in Lekki toll gate.
According to reports, the singer came to Lekki toll gate to join the protest, and after some time, he jumped on his car, stood on the car roof and began to spray N200 notes to protesters.

His action caused stampede and uproar as some protesters hustled and trampled on themselves to secure their own share of the money.

However, this didn’t go well with Nigerians who feel, he Shouldn’t have done that at a protest, because they came for a serious business. 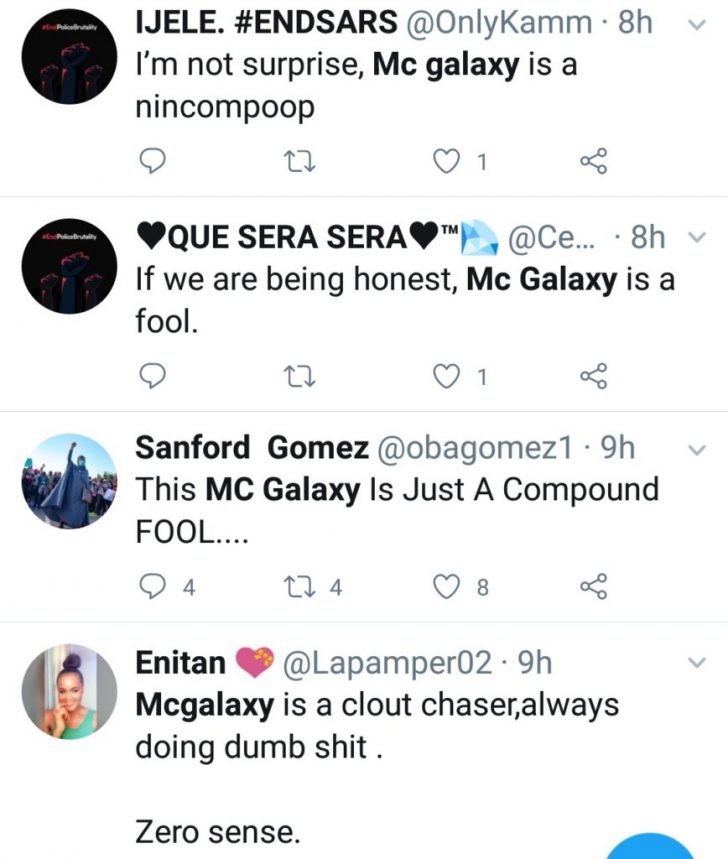 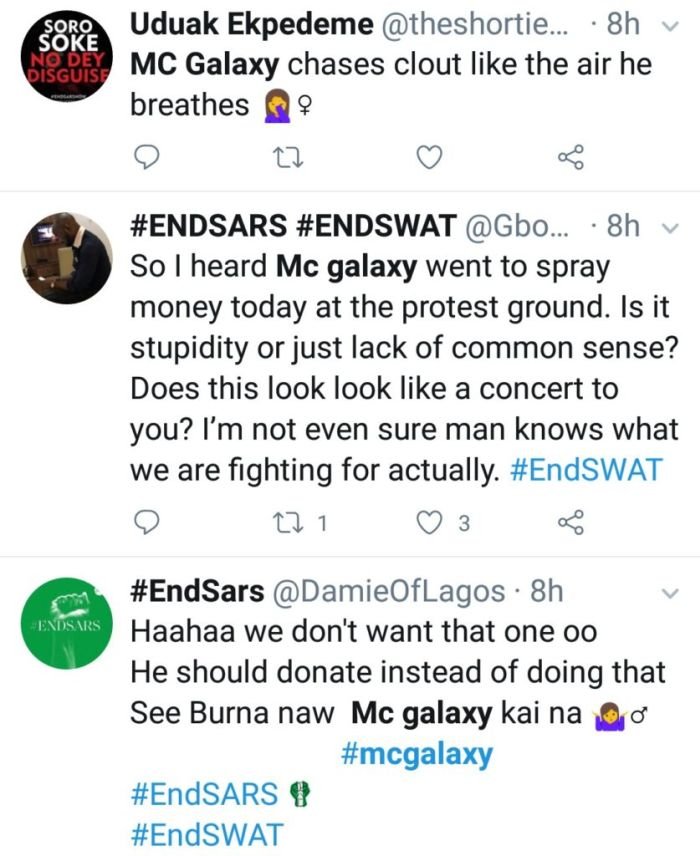