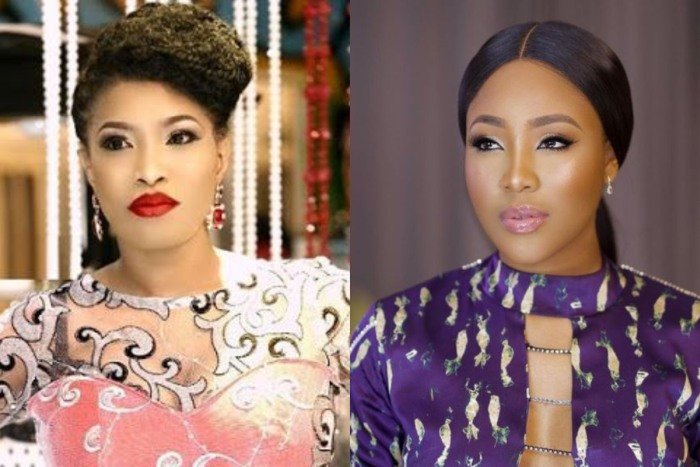 Funke Kuti, was short of words for BBNaija star, Erica as she took Twitter to bless her for feeding her fans.
The Queen of the Elites kept her word as she managed to feed her fans who were in need of food supplies among other things. Recall she promised to help her fans who were having difficulty in feeding themselves.

Her act of kindness was recognized by Funke Kuti, the wife of popular Nigerian musician, Femi Kuti.

She hailed Erica for showing love and care to her fans and not neglecting them in such a terrible situation. She took to Twitter to retweet her tweet with special prayers which she sought for God’s blessing on Erica. 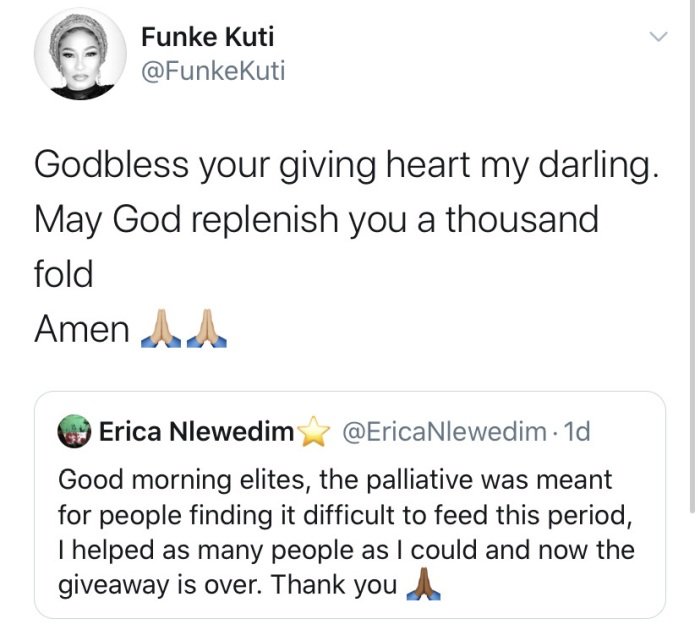