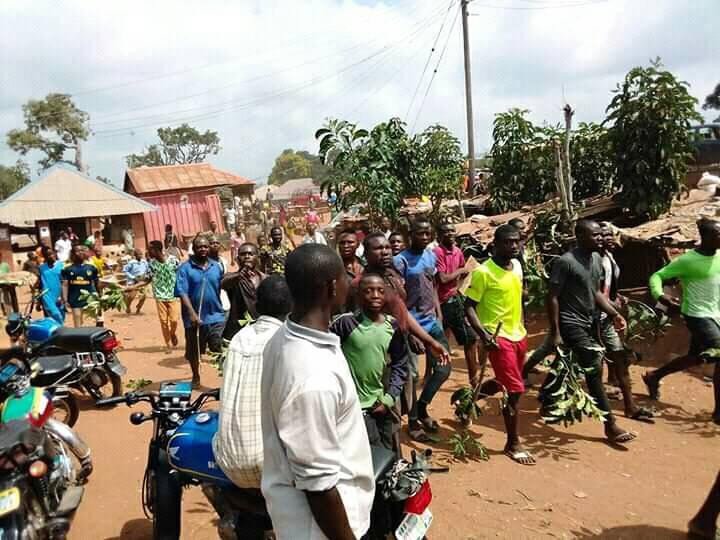 Academic and social activities were paralysed at the Ogun State Institute of Technology (OGITECH), Igbesa on Tuesday, November 3, as students shut down the institution’s gates to protest against the death of a student who was allegedly rejected by the school clinic after a motorcycle accident.
We gathered that the deceased, an ND I Computer Engineering student identified as Malik Omoty, was rushed to the school clinic after he was hit by a commercial motorcyclist on his way to an exam

According to an eyewitness, Malik was rushed to the school clinic but was rejected. The students then requested for an ambulance to take him to a hospital in the community but were told there was no fuel in the vehicle.

“Immediately after he got hit by a bike man, he was rushed to the clinic opposite the school, where he was rejected. They requested for the institute’s ambulance to rush the victim to the hospital but unfortunately it was said that the ambulance is short of fuel.” a witness said.

The students were raising money for ambulance to take Malik to a hospital when he died in the clinic.

The development angered students who blocked the entrance gate of the institution and also sent lecturers and non-teaching staff packing from the school.

The protesting students also sent away the Dean of Students Affairs and rebuffed attempt by the Special Assistant to Governor Dapo Abiodun on Students Affairs, Hon Adeyemi Azeez to pacify them. They insisted the student won’t have died if the clinic was properly equipped.

President of The Students Union Government (SUG) Comrade Eniola Ogunleye vowed school activities will be postponed till further notice in honour of the deceased.