“Work On Yourself, I No Be Tunde Ednut O” – Etinosa Comes Back Knocking Hard On Oyemykke

“Work On Yourself, I No Be Tunde Ednut O” – Etinosa Comes Back Knocking Hard On Oyemykke 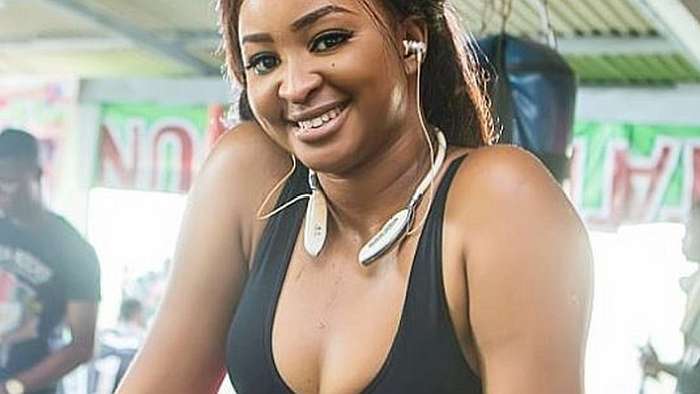 Etinosa has fired back at Oyemykke after his Instagram post in which he called her an apologetic nudist and someone so low, over her comment on an ad he featured in.

9jaloud reported that the UK-based Instagram celebrity came down hard on Etinosa over her comment of “not dating him because he shouts too much”.

Etinosa who served a response to Oyemykke’s outburst on Instagram, insisted that what she said was her opinion and she will stand by it.

The actress added that she is not a pretender and also told the motivational speaker to work on himself and stop spitting on people.

“
“To whom it may concern. I no be Mami water wey dey fear bouncer. Look me well 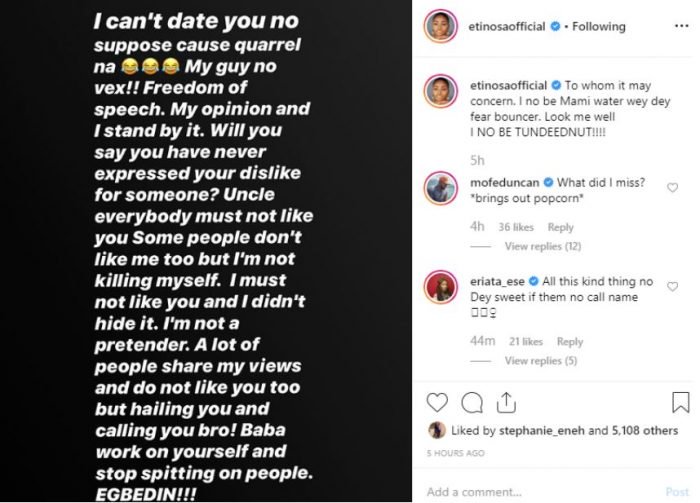