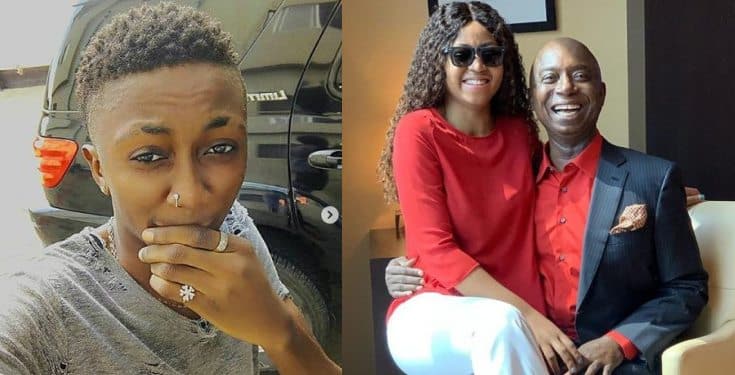 Fake Regina Daniel Nwoko’s stepson, Emzy arrested in Port HarcourtThe end has come for a 21-year-old boy that was always making rounds on Instagram claiming that he is an estranged son of billionaire businessman Ned Nwoko, the husband of actress Regina Daniels.

Before his arrest, Emzy had written on Instagram yesterday that he doesn’t want to be associated with his ‘father’ anymore because of Regina Daniels.

See what he wrote below… 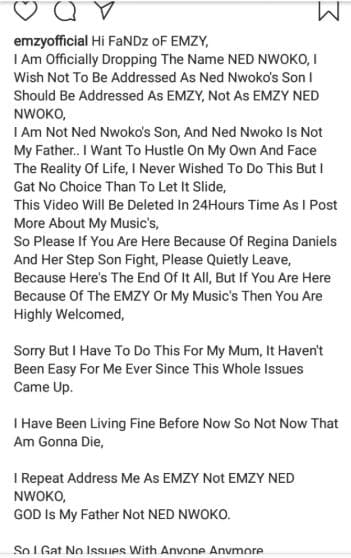 According to the police, Israel operated scam Facebook, twitter, WhatsApp and emails to hoodwink the public and defraud unsuspecting Nigerians.

The police say that in many instances, Israel met with unsuspecting members of the public and extorted money from them after promising them he would help secure financial deals and favours for them.

He was reportedly arrested alongside his sister, Love Israel, for criminal impersonation , conspiracy, defamation of character and conduct likely to threaten public peace.
on Mon Sep 23, 2019 7:02 am
EmmiAdmin