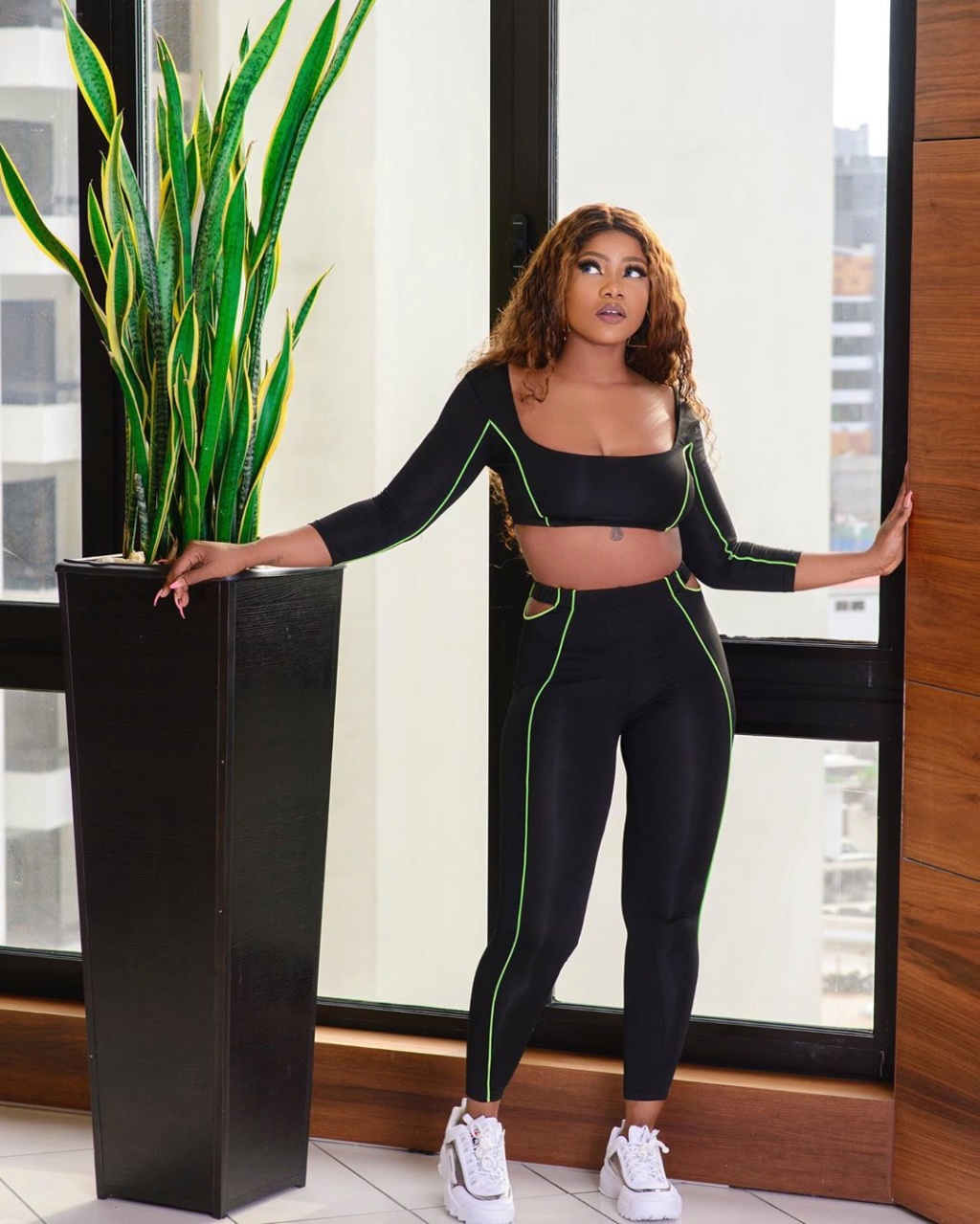 Screenwriter and Playwriter, Isi Bewaji has slammed the managerial relationship between former #BBNaija’s housemate , #Tacha and her new manager Tee Billz, who was the former manager of popular songstress, Tiwa Savage.

According to the Playwriter, Tee Billz will fail to build Tacha’s brand, because “he likes being in the centre of what’s going on”, and he is hungry for fame. She stressed that he does not understand what a woman like Tacha needs to project as a brand.

She also argued that he will try to build her like he is building a real artiste , whereas she is not an artiste but a reality star.

Shading the reality star, Bewaji asserted that Tacha’s IG page is boring and she needs to do randomly themed photoshoots that are stunning, and wear more beautiful clothes.

Comparing her to 2018 former BBN housemate, Ceec, the Playwriter, advised the reality star to follow the Cee-C route and “own this narrative, get endorsements and spoil us with beautiful pictures made for brands.” 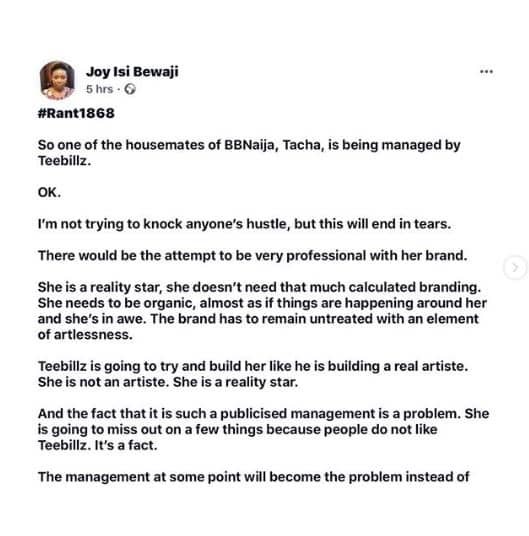 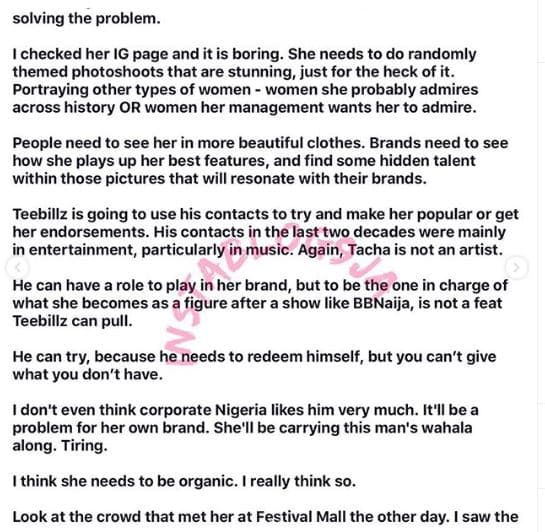 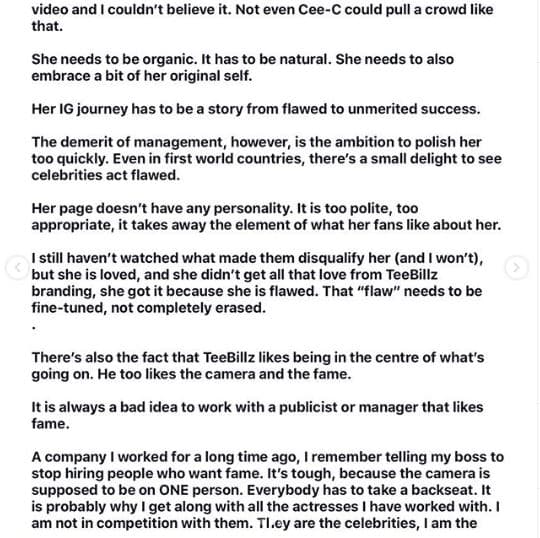 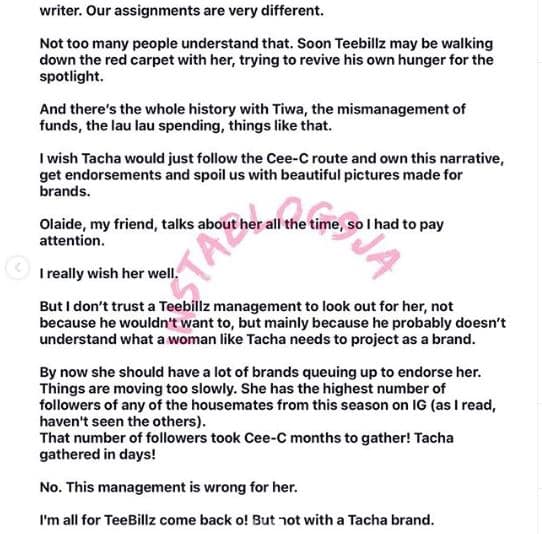