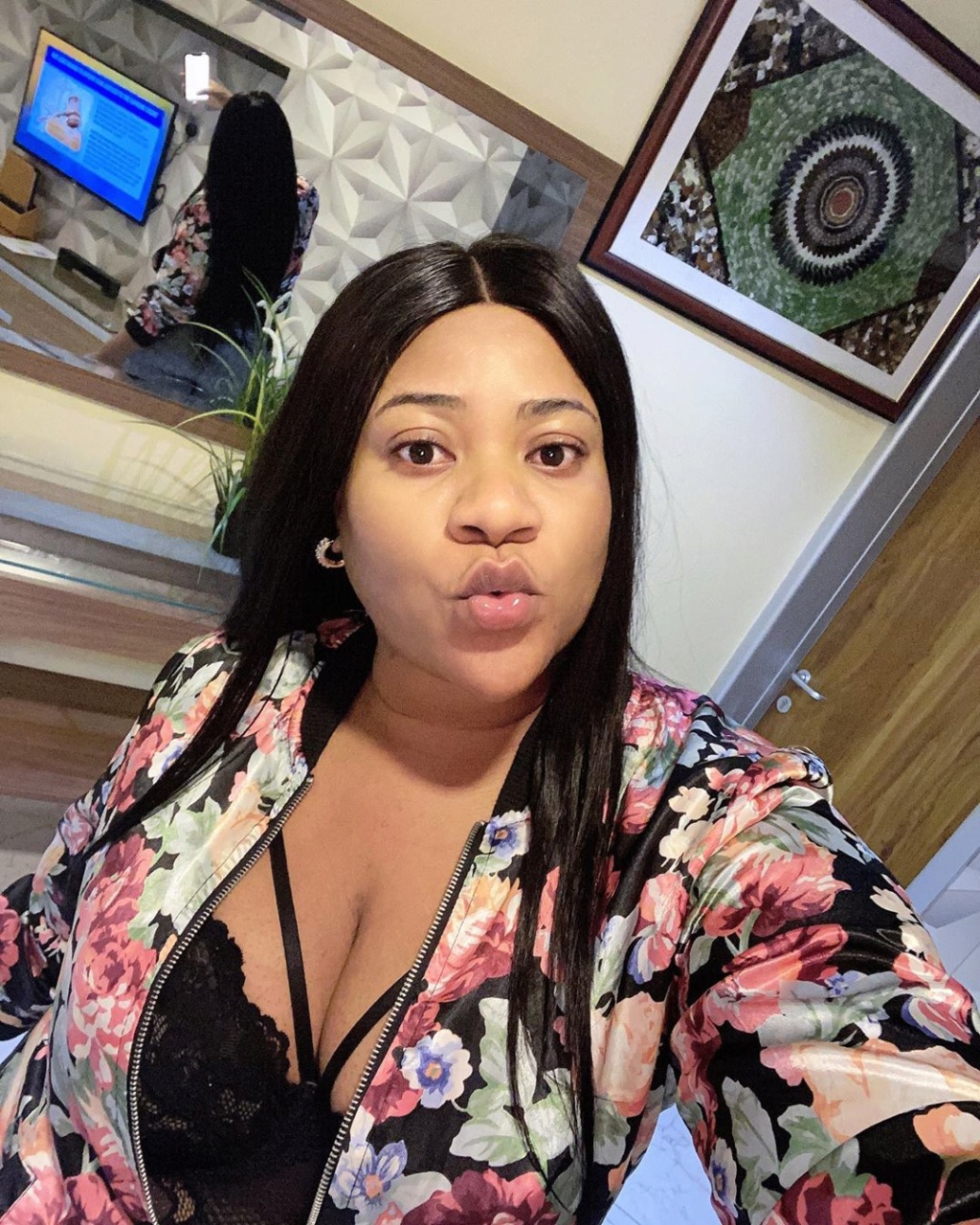 Nollywood actress, Nkechi Blessing Sunday was
dragged into a heated Instagram exchange with a follower over a top she wore which the follower felt was fake because the word ‘Bucci was inscribed on it. 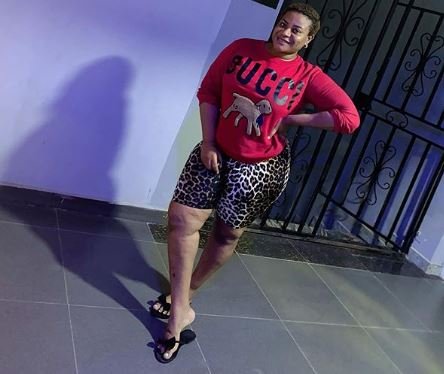 The troll who took the first shot at the actress said Nkechi was wearing a “Bucci” and not the popularly designer “Gucci”. Nkechi however fired back at the troll, stating that he is frustrated and jobless.

See the exchange below:- 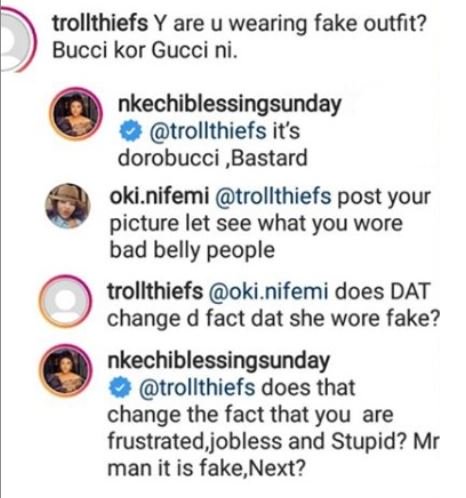