"You Are Useless" — Davido Blasts APC Supporter On Twitter

"You Are Useless" — Davido Blasts APC Supporter On Twitter 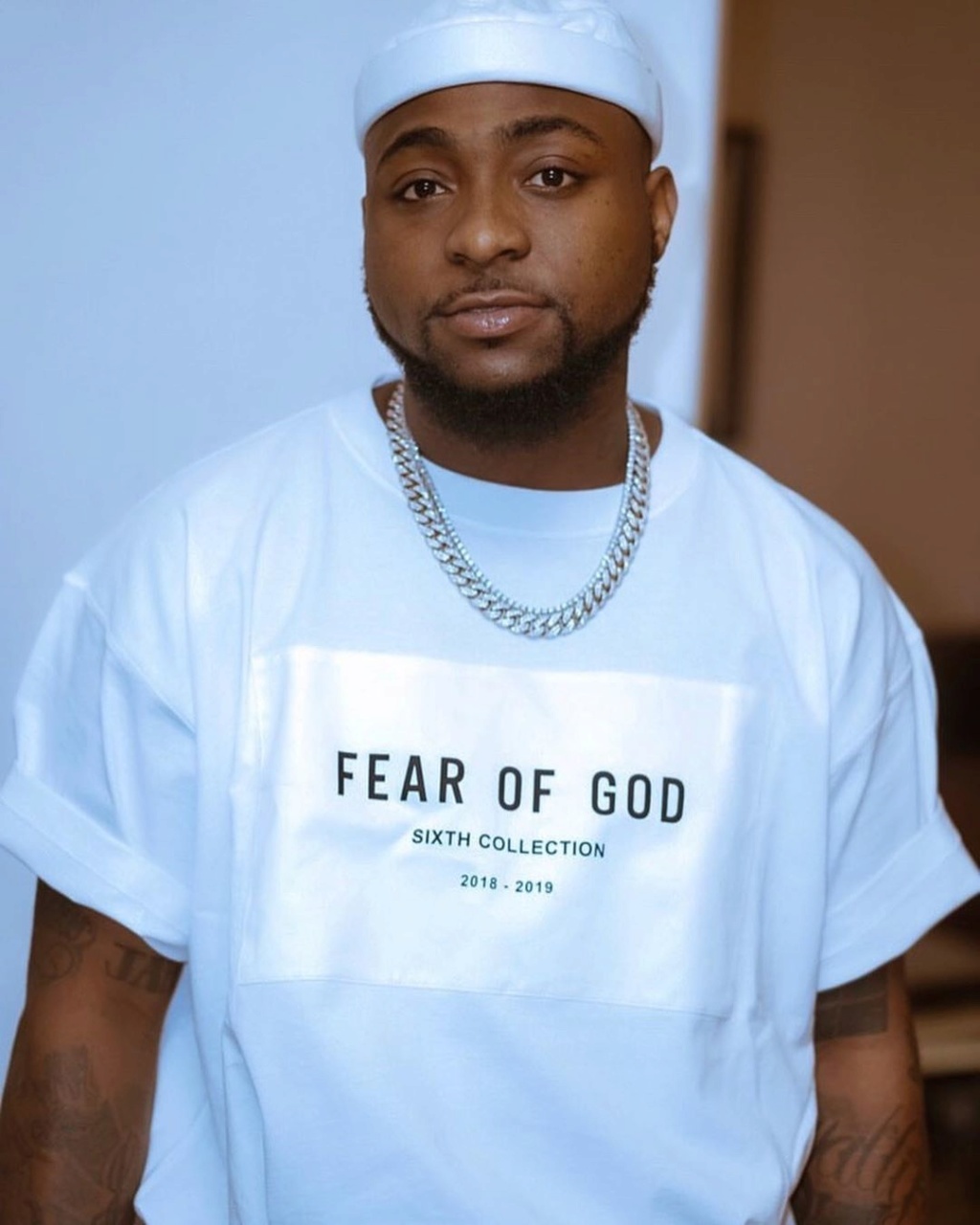 Popular music star, Davido in a recent tweet blast a twitter user who mentioned his Uncle's name and his name in a political talks.

A twitter user who is obviously an APC supporter, Kayode Ogundamisi tweeted:-

Imagine @iam_Davido as first Cousin in @StateofOsun with his Uncle @IsiakaAdeleke1 as Governor. And @MBuhari is meant to be the tyrant o!

“It pains you that someone half ur age that you can give birth too is Greater than you will ever be … U are a loser , a disappointment…… ur are useless ! Now keep my family name out ur mouth ! Ur whole life earnings no reach 30 percent of my show money and it hurts I know” 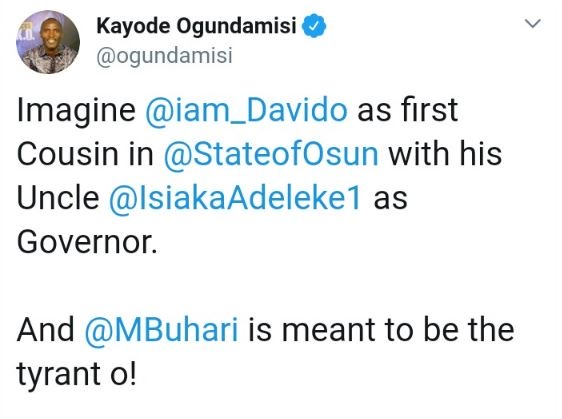 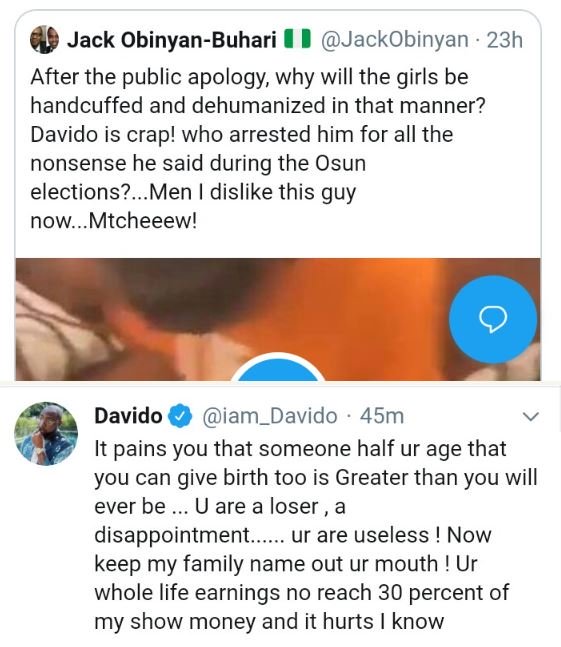