Davido’s Risky Is Better Than These Two Wizkid’s Songs? DO YOU AGREE?

Davido’s Risky Is Better Than These Two Wizkid’s Songs? DO YOU AGREE? 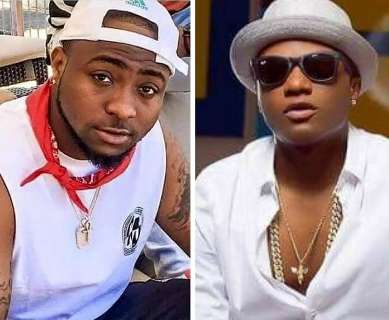 There are polarizing opinions about #Davido‘s new record. The guys from the WizkidFC won’t agree, but Risky is one of the hottest song right now. The song sounds like a perfect jam, with the sound intact and impressive song writing.

We heard it and felt its sound immediately. People are claiming it’s a better jam than #Wizkid‘s last two records, Joro and Ghetto Love and while we’re seeking your opinions if it is the better song, we also want to compare and contrast these three records.

Based On Sound (Beats, Rhythms and Lyrics)
Risky is that catchy, melodic-driven pop tune you groove to immediately you hear it. The lyrics and beat are in exact synergy, complementing each other. You hear it, you feel it and you just have to react.

But can this be said for #Wizkid‘s Ghetto Love and Joro?

Ghetto Love sounded like a half baked, poorly recorded track. The beat contains the essentials of a hit record, but the lyrics betrays it, letting it down.

Joro on the other hand had me thinking, “How did #Wizkid waste such a beat shouting Joro 63 times”. The track portrayed #Wizkid as perhaps confused, and he had to resort to his comfort zone – Appealing to his woman about love. The exact playbook he used on Fever.

Acceptance And Popularity
Risky is still in its first week and the way it’s been gaining replay value is insane. Radio, clubs have accepted it with open arms just a few days after its release.

However, it took us a long time before we finally warmed up to Joro. Some have still not accepted the record still harping on it’s weakness: lack of good quality lyrics as the reason.

But right now, Joro is proving to be a viral record as it’s topping charts everywhere and the numbers on YouTube are increasing everyday.
Seems it has finally grown on us.

But guys, it’s up to you to decide.