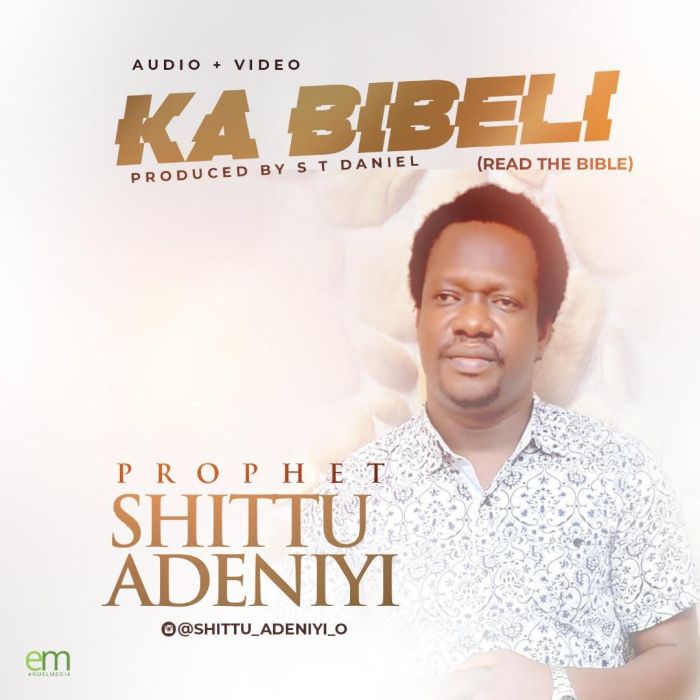 The blind renowned gospel minister, prolific songwriter and performing artiste has been a blessing to the body of Christ for more than a decade.

He has released powerful ballad in the past, such as; “Kurolo kun kun”, “Ewo le aye”, “Oluwalogbon”. “Oba oba” and “Oko Igbala”.

His latest project “Ka Bibeli” – which is closely accompanied with its visuals – is a spirit-filled song that speaks. The song was delivered in Nigerian native language (Yoruba), which translate as “Read the Bible”.