Firefox Quantum: New Browser That is Faster Than Google Chrome

Firefox Quantum: New Browser That is Faster Than Google Chrome

more_horiz
On Tuesday 14th of November, Mozilla launched its new next-generation browser Firefox Quantum for Android, iOS, Linux, Mac, and Windows, in which the company calls the “biggest update” in 13 years. 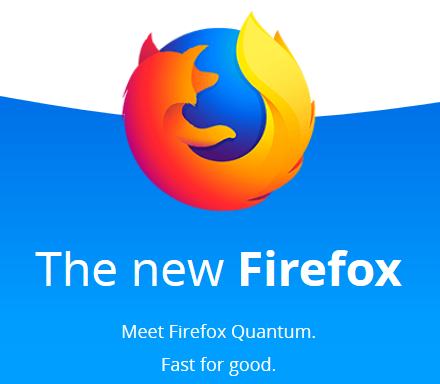 Firefox Quantum, also known as Firefox 57, is said to operate at double the speed of a slightly older version of Firefox from earlier this year.

Firefox was one of the fastest growing Internet browsers in the late 2000s. But it lost momentum as Google Chrome, which is the leading U.S. browser on desktops, gained new users.

Mozilla released a test version of Firefox Quantum web browser in September in preparation for its upcoming official debut in November. Developers have been tinkering with the test version over the past several weeks to let Mozilla know if there are any bugs or security holes prior to Tuesday’s public release.

Mozilla says its new browser uses less memory than its rivals and has been designed to help people get things done a lot more quickly.

The new Firefox Quantum web browser is now out of beta and Mozilla claims that the new browser will not only outpace Chrome, but crush it in terms of memory use. Google's Chrome browser is known for using up lots of RAM, especially once you start to accumulate tabs.

Firefox Quantum is capable of 66 runs per minute, that’s twice as fast as its previous version, according to Speedometer, a browser benchmark that measures the responsiveness of web applications. Mozilla says Firefox Quantum also uses 30% less memory than Google Chrome.

If you have flung down your Firefox for a long period of time, it’s time to go back to it.

One new useful feature in Quantum is its ability to quickly search using any search engine you want. As you type a query in the address bar, Quantum displays instant results, as well as show buttons for various engines. Despite competing against Google in the browser space, Firefox does resort to using Google as the default search engine in the US, Canada, Hong Kong, and Taiwan.

You can take and share screenshots without using a third party app or add-on. The Pocket service is built right into the toolbar, for easy saving stuff for later. The new browser's library is where you'll find all your favorite content such as Pocket saves, bookmarks, browsing history, screenshots, and downloads - all of these are accessible in one spot.

Private browsing mode for Firefox Quantum looks just as good as regular browsing. A purple masked symbol on the right indicates what mode you’re in, and Firefox has tracking protection on by default.

Quantum was a project open to volunteers, with about 700 authors contributing to the code. It took a year for Firefox to complete the project. You can download the final version today for free from Mozilla officia website, for the Windows system, Android, and iOS.