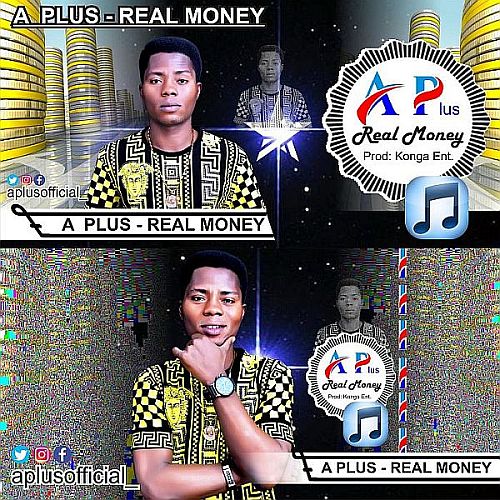 O. Abiola Alao Precious aka. A Plus a Nigeria fast rising afro pop artiste has finally drop his new single which he titled “Real Money” the singer, rapper and songwriter on his instagram, twiter and facebook page @aplusofficial_ said there is no constrain and no controversy he will drop the new single by December 2nd 2019 and he didn’t disappoint.

A Plus is a fast music composer with a lot of songs fully composed, after his SSCE in Badagry in 2010, he pursue his football career by playing Lagos State under 20 Junior League with Olorunda Local Government organized by the former Lagos State Governor “Mr Babatunde Raji Fashola in 2012/2013, after that he traveled to ANEHO town in TOGO with Top Most fc to explore in the football game.

In 2015 A Plus started his music career with a lot of freestyles but there was no sponsor to raise him, until 2019 when he released his first single “Mine Forever and based on the success of his previous singles “MINE FOREVER, “EKO MY CITY and “MY PEOPLE, he cannot afford to quit but to do more… even has he look forward to have a better deal with a good record label.