more_horiz
Popular Nigerian singer, Simi has slammed the Minister of State for Labour and Employment, Festus Keyamo (SAN) over his remarks on the Social Media Bill.

The social media bill since it was introduced has stirred reactions from Nigerians online. 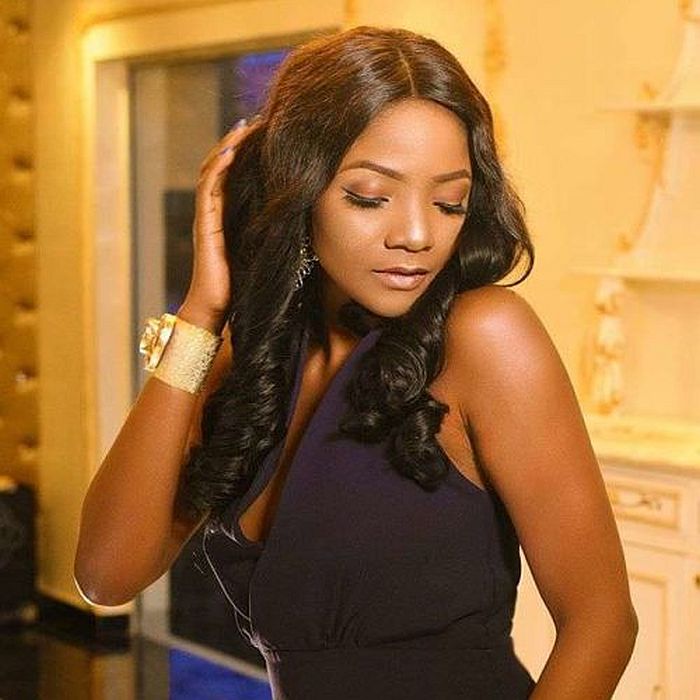 A group of Nigerians on Wednesday protested at the National Assembly over the Hate Speech Bill.

The protesters demanded the withdrawal of the bills on hate speech and internet manipulations.

Keyamo had on his Twitter page mocked those opposing the social media bill.

He urged those opposing social media bill to also apologize to those they blocked on their social media pages.

Read what Festus Keyamo tweeted below:- 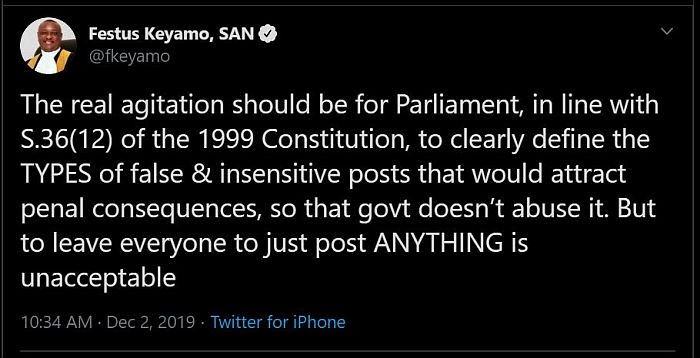 However, reacting, Simi, called on Keyamo to address other pressing issues rather than clamour for the hate speech bill.

According to her, the amount of fake news in Nigeria does not warrant passage of the social media bill. 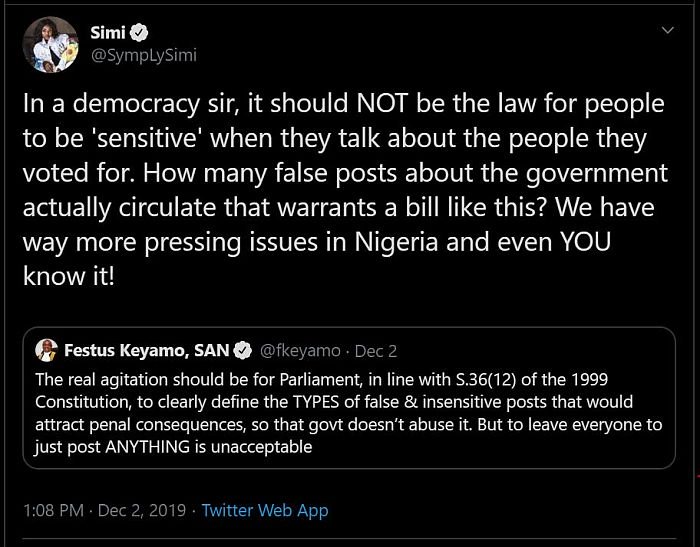