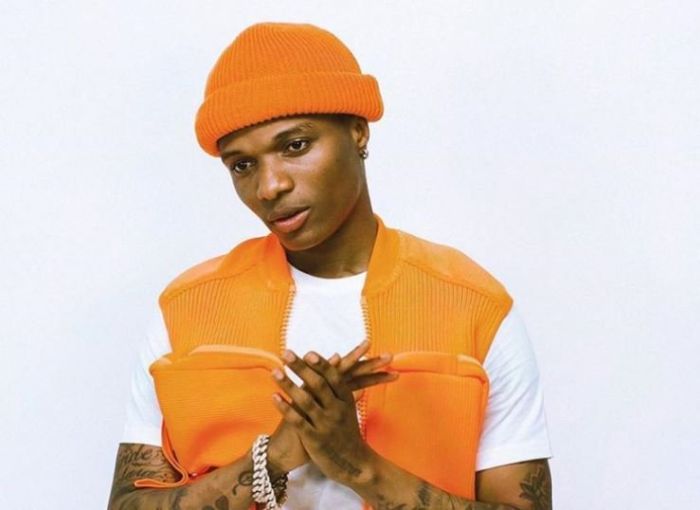 Starboy boss surprised his fans on Friday as he released a new musical project without prior announcement or notification.

The new project titled ‘SoundMan’ was released at about 6 AM – Nigerian Time – on Friday, December 6, 2019.

Music lovers got to know about the project when Wizkid dropped the link to the various streaming platforms where songs on the project can be listened to on his Twitter account – as at 12.00 PM on Friday, there over 60,000 comments on Twitter, reacting to the EP and Wizkid’s willingness to take bold risk at anytime.

The song has collaboration with Chronixx, Blaq Jerzee, DJ Tunez, and Kel P.

The EP released is coming 15 days after Davido released his album, titled ‘A Good Time’.

Here are some of the comments on Wikid’s new project below:- 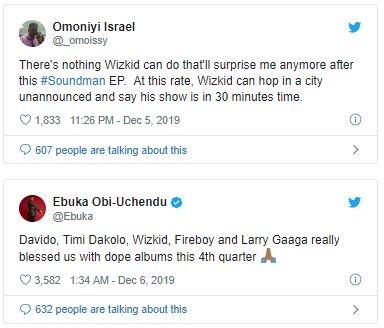 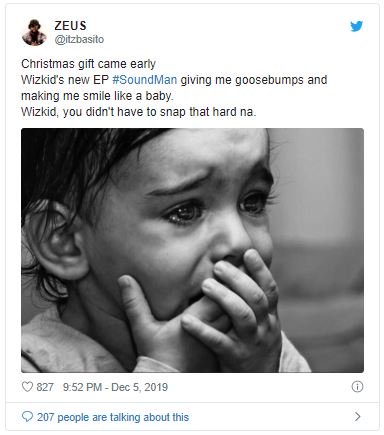 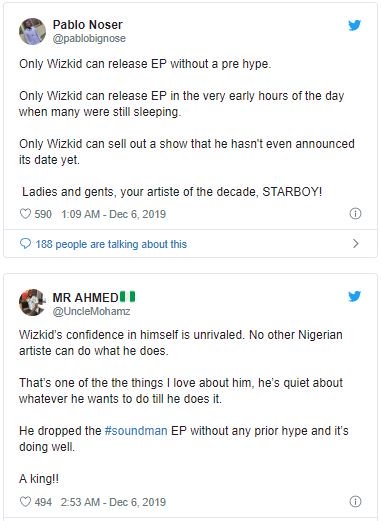