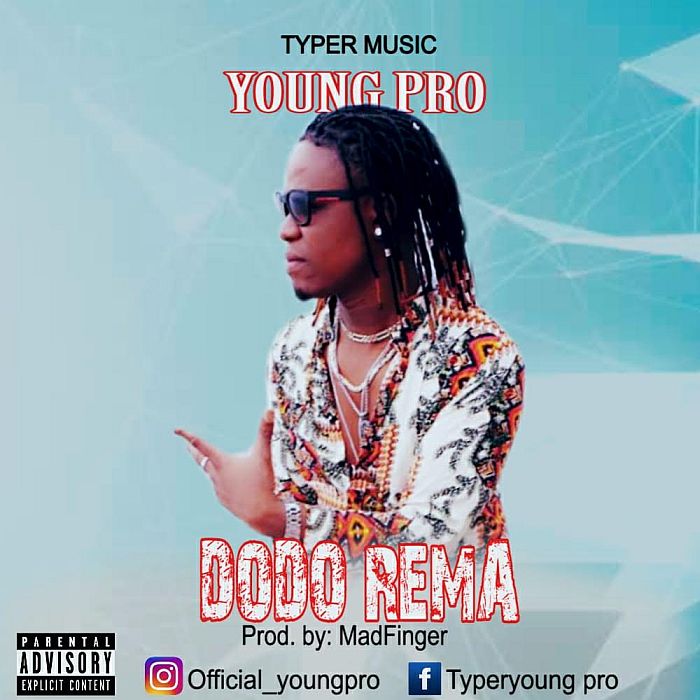 Young Pro broke with his single “Oba -nana” originally released early January 2019 and has been on the rise.

Bagging multiple award nominations, touring and released a couple of hits with “Thunder from above” and “ojoko”.

“Dodo Rema” is a banging vibe and melody that will rock your playlist and get you stuck at first listening.