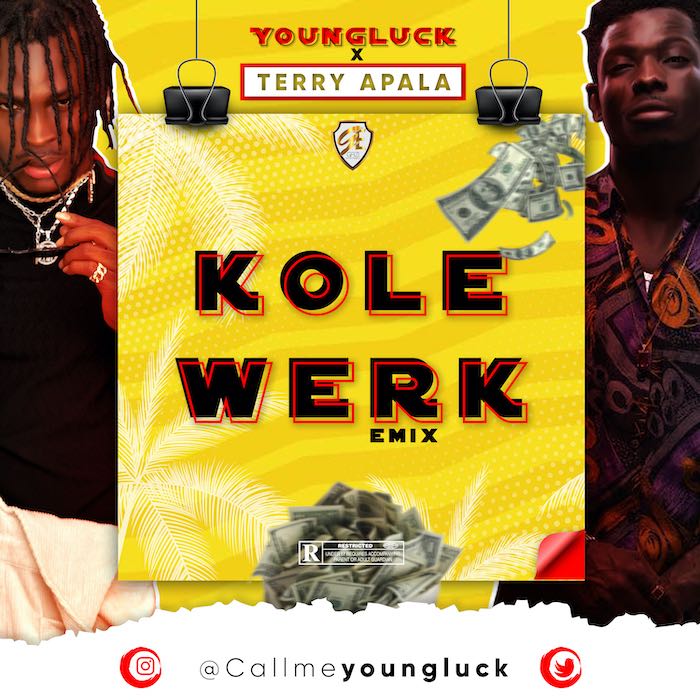 Youngluck is here again with a fire Remix to his wavy jam “Kolewerk” despite his single “Mama” since early 2018 still on Trend.

This time he teams up with Terry Apala to produce this new Anthem for the street via Apala Wifi.

Kolewerk (Remix) maintains great new Skool tempo and catchy tunes of the original with Terry Apala adding the best icing ever to this cake with his sick flows. You can’t but dance and vibe to this!