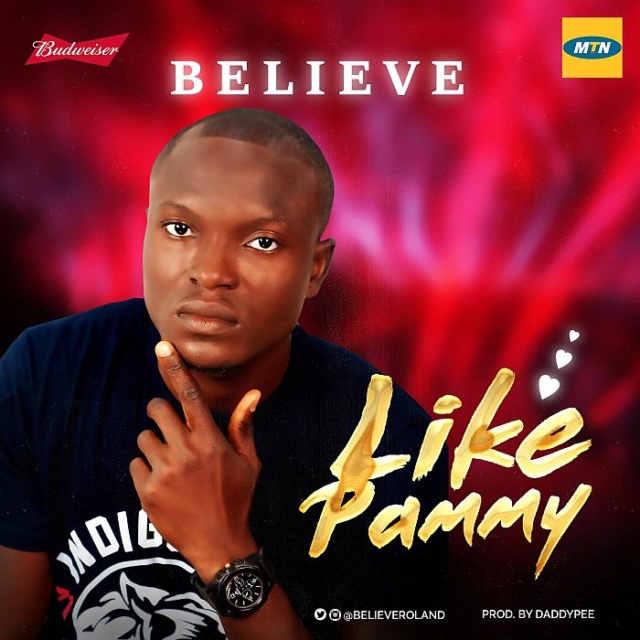 Believe is Nigeria Next Rated and Underground Musical Artiste with a Sensational Voice. Believe has He is Popularly Know Hails from Delta State Okpe Local Government Area, But Reside Full Time in Lagos State Where He Do Music Professionally.

Believe was Born September 1st and He happens to be the 4th Child in a Polygamy Family of 11 Children, And He is a Graduate in Business Administration from the Lagos State Polytechnic Academy Session of 2009/2013.

Believe came to Prominence with His Banging Single in 2018 He Titled “Gbadura”, And Ever Since He has being Touring the Whole of Africa for Live Performance on Stage.

Believe Resent Hit Banger Afrobeat Song Titled “Like Pammy” is What is Presently Hitting the Nigeria Music Entertainment Back to Back, This Song will Surely Give You Much Reason to Fall in Love.