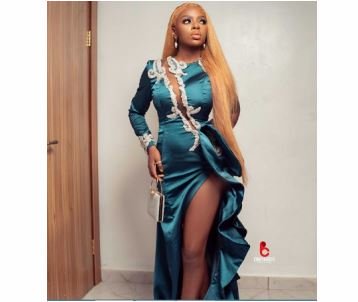 Fans, while reacting to the photo of the reality TV star, have been having a hard time deciphering whether she is really pregnant or her protruding belly was as a result of overfeeding.

The reality TV star was among the last five standing during the show before she was evicted via a lucky dip by Frodd.