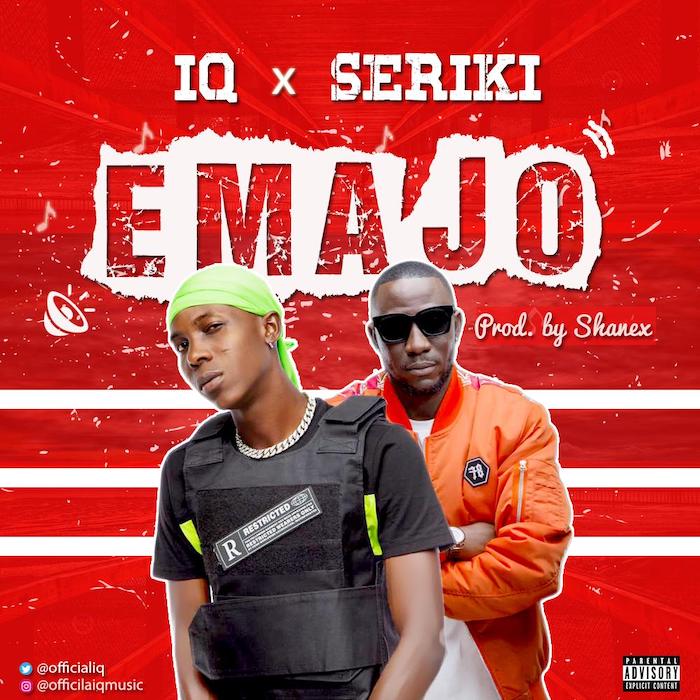 Adeola Adejumo professionally known as IQ is here with yet another dope single after series of calls from his teaming fans.

Who have been waiting patiently after seeing the outcome of is last official single titled “Shower” which is still receiving massive airplay both on the
street and on some other radio stations.

He teamed up with street Legend Seriki on this funky tune titled “Emajo” both artistes did justice on the beat produced by Shanex and Mixed and Mastered by Qualitybeat.