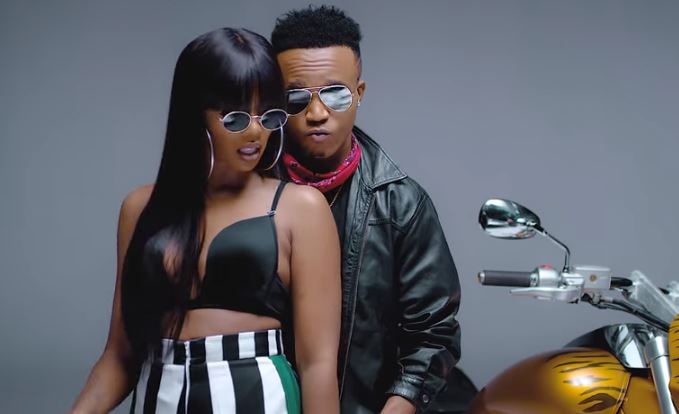 Attracta Video by Humblesmith Featured #Tiwa-Savage,    Nigerian Afro-pop recording artist who achieved recognition upon the release of his single titled “Osinachi”, #Humblesmith seems to be doing pretty well. #Video Humblesmith Ft. Tiwa Savage – Attracta
Shortly after the release of his debut album titled “Osinachi” the singer premieres the visual for the #record “Attracta”
The number “Attracta” features #Mavin #Records first lady, Tiwa Savage. The new video shows some chemistry between both acts.
The video is shot by revered #music video director, Clarence Peters. With all the alluring scenery, this video might just be one of the best videos out in 2018. Humblesmith Ft. Tiwa Savage – Attracta 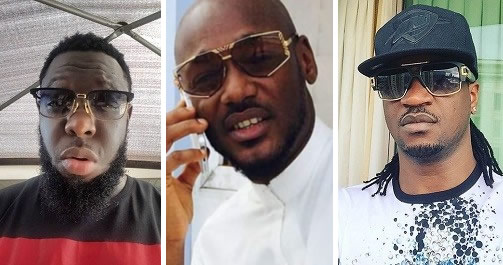 Here are some Nigerian celebrities with the Most luxurious and expensive houses, Check out for your favourite celebrity


Many Nigerians are obsessed with Houses which is a reasonable thing as shelter is one of most important things in life.
Out of the beautiful luxurious houses in Nigeria, we bring to you a list with pictures of your favorite celebrities houses that are the most expensive.
Kindly note the list is made up of celebrities houses we have knowledge of. So please enjoy. 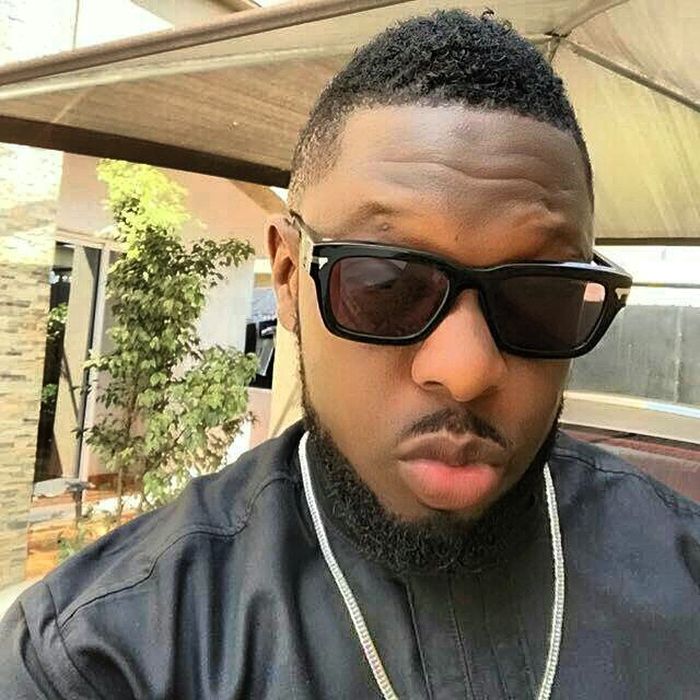 According to sources close to blogger, Stella Dimorkorkus, who released the photos of the palatial mansion, the house is a true typical example of style, class and wealth put in one structure.
The photos show how Timaya’s style is similar to his fashion taste which high class. The house has a penthouse and also has a very cute living room for Timaya’s pretty daughters.
See photos of his house below: 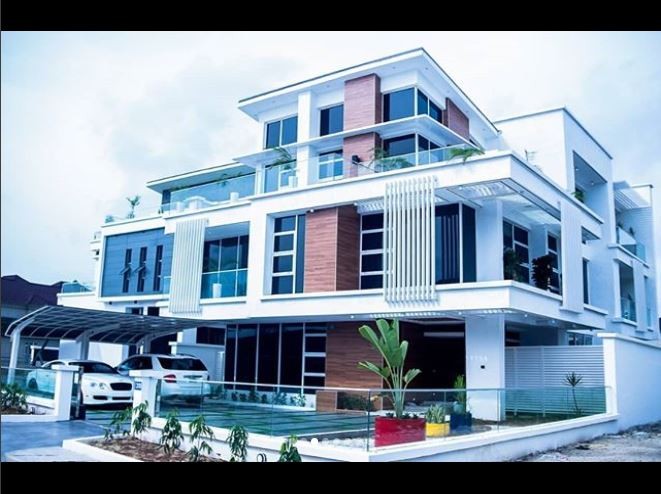 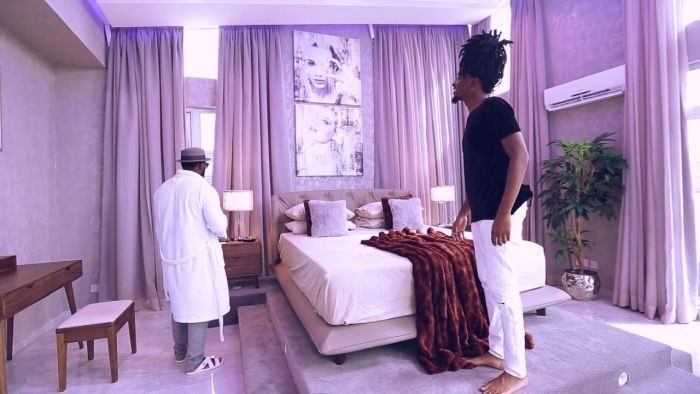 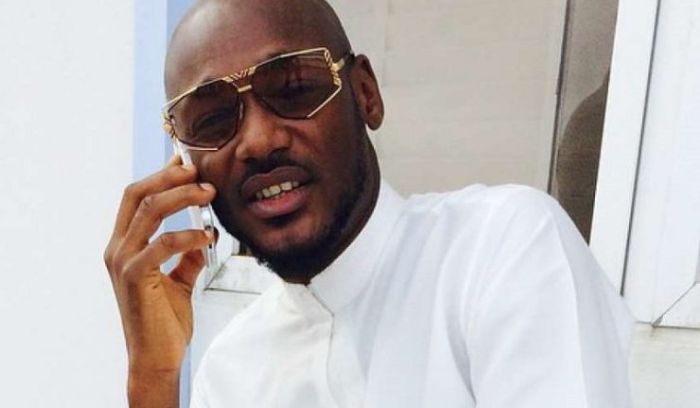 Innocent Idibia better known by his stage name 2face Idibia, or 2Baba, is a Nigerian singer-songwriter, #record producer and entrepreneur.
He officially discontinued the use of the name 2face. He completed his mansion worth about 400 million naira in 2016.
See photos of his house below:- 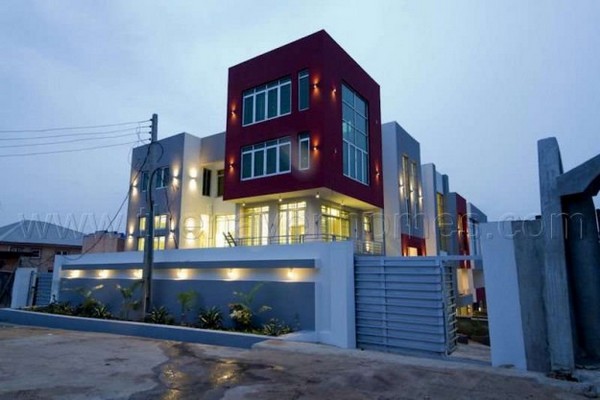 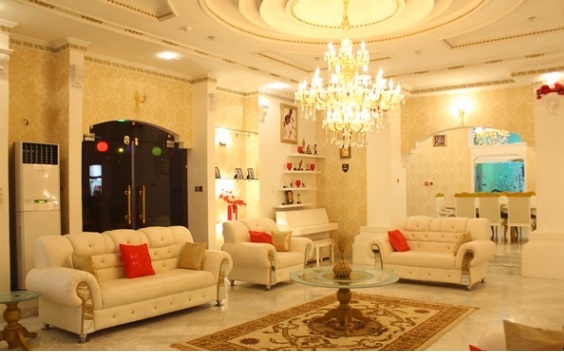 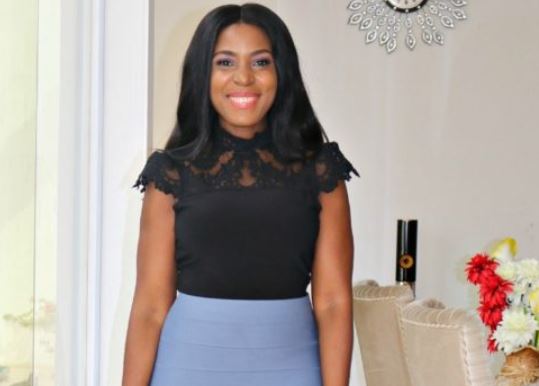 Linda Ikeji is a Nigerian news carrier, blogger, writer, entrepreneur and former model. She is best known for her blog.
She is currently the highest paid blogger in Nigeria. To show that blogging has paid off for her, she bought a house worth about 500 million naira in Banana Island.
See photos of her house below:- 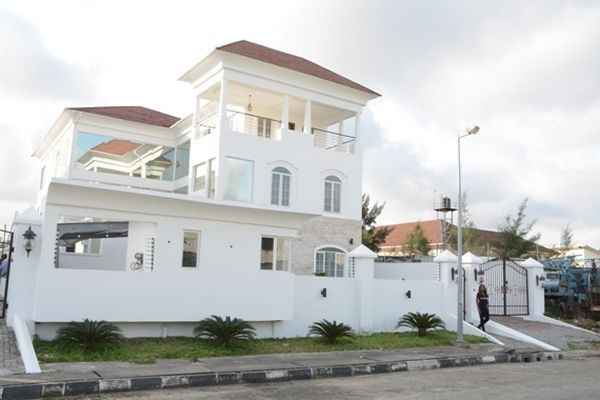 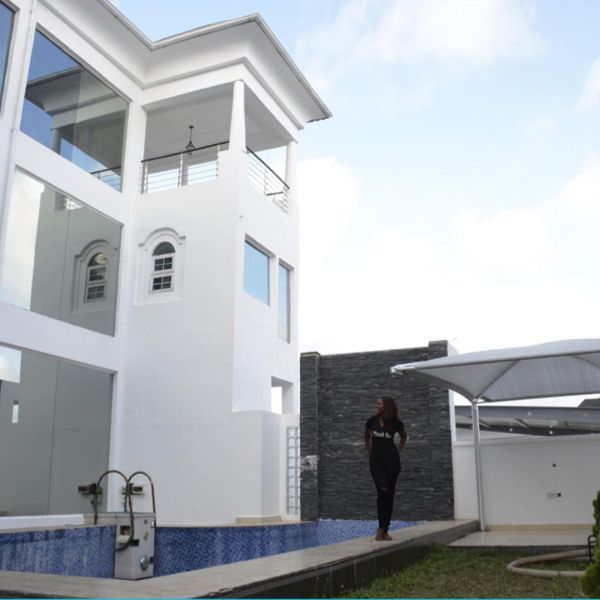 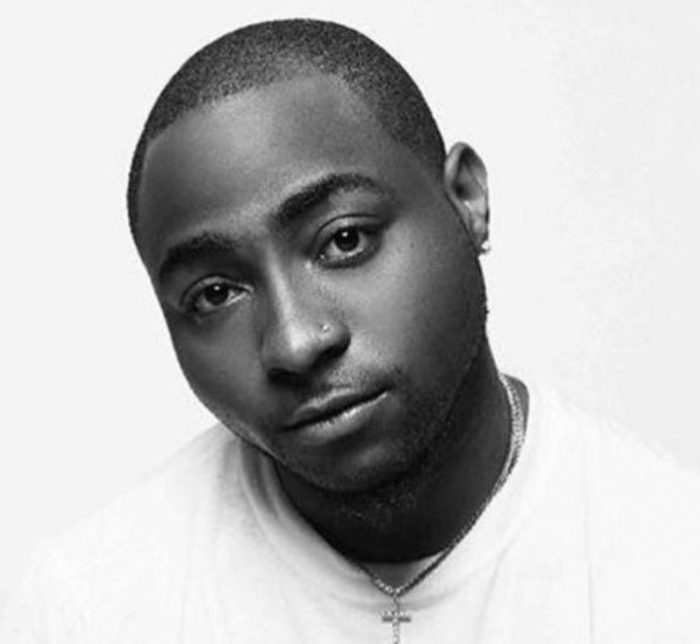 Everyone knows Davido is wealthy.
But did you know he was rich enough to own three mansions in top neighborhoods all over the world?
Well, they do not call him Omo Baba Olowo for nothing. Davido may just be 25 years old but the dad of two is already living the life many dream of.
The popular musician took to his Snapchat account to show off his latest acquisition, his refurbished house.
See photos of his house below:- 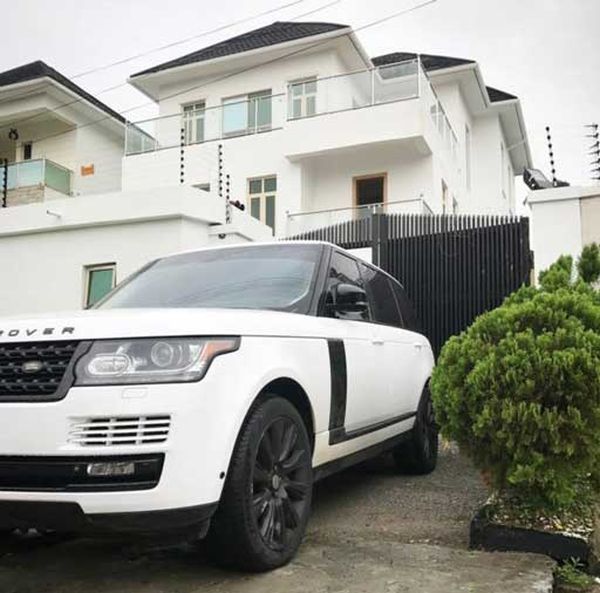 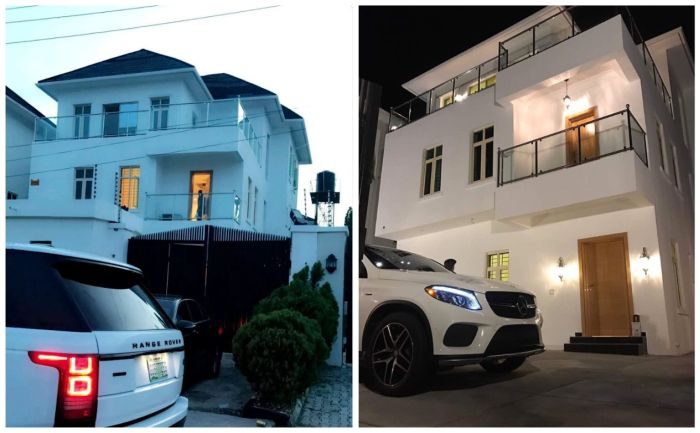 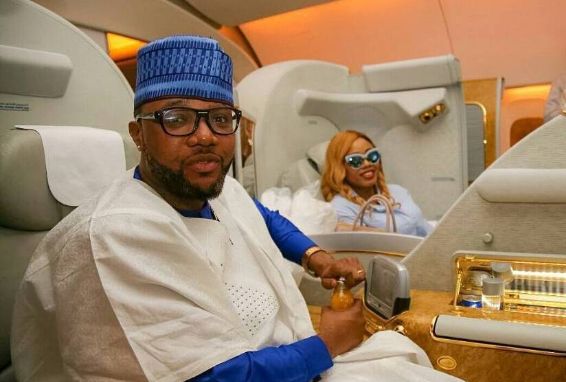 E Money’s new house is considered to be one of the most luxurious buildings in Nigeria.
The house is worth about 250 million of Naira and it is situated in Lekki, Lagos where a lot of other Nigerian celebs reside.
The house is decorated in white and gold and it’s designed with Middle East motifs.
E Money house has a lot of luxury objects in it, like golden chairs and tables, gigantic beds and costly household electronics, etc. There’s a private gym and a pool inside.
See photos of his house below:- 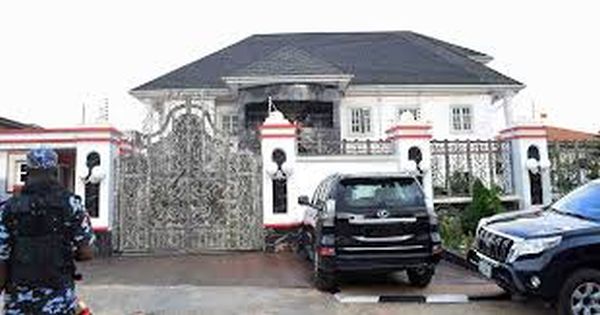 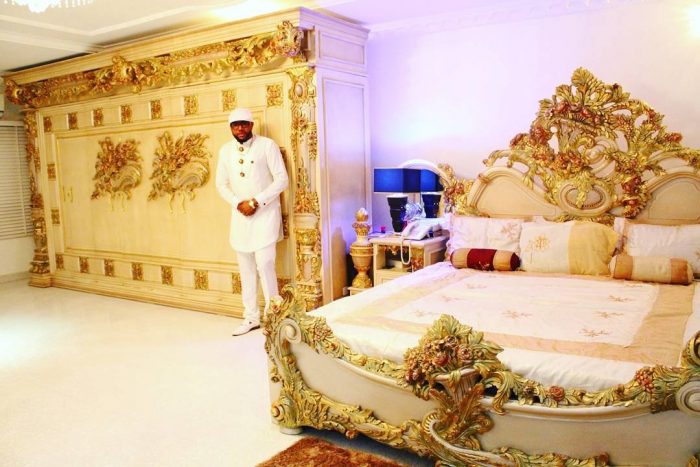 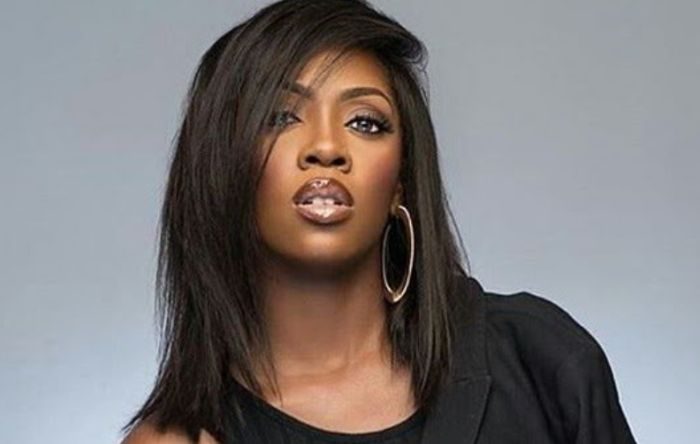 Tiwa Savage has joined the list of celebrities who bought or completed their own houses in 2017.
The sexy and beautiful singer made this known via her Instagram account on Sunday, December 31st, 2017 with a picture of a section of her house and was also thankful to God for a very good 2017.
See photos of her house below:- 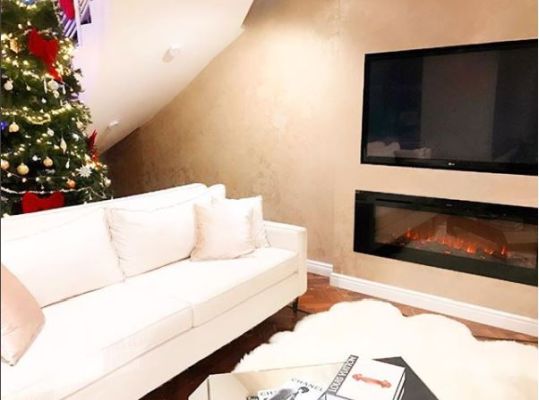 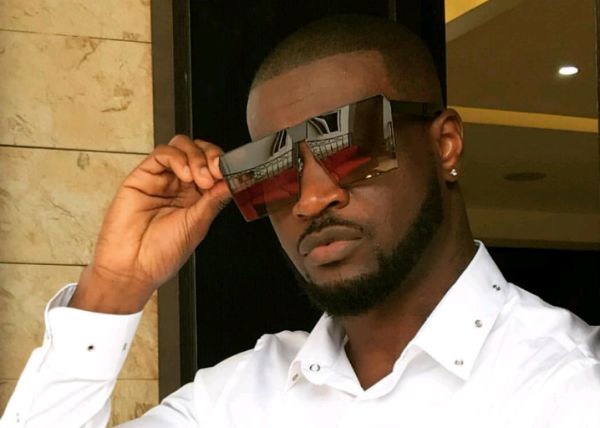 The Psquare music duo raked millions of naira from the Nigerian music industry which pays far more than the oil and gas sector.
Peter, Paul and Engees Okoye have parted ways after years of a successful music business that has transformed their lives.
A latest picture shared by Peter Okoye has left people admiring his opulent life as it reeks of perfection and opulence. Peter hopes to carve a fresh niche for himself in #music without his dreadlocks-flaunting brother, Paul.
See photos of his house below:- 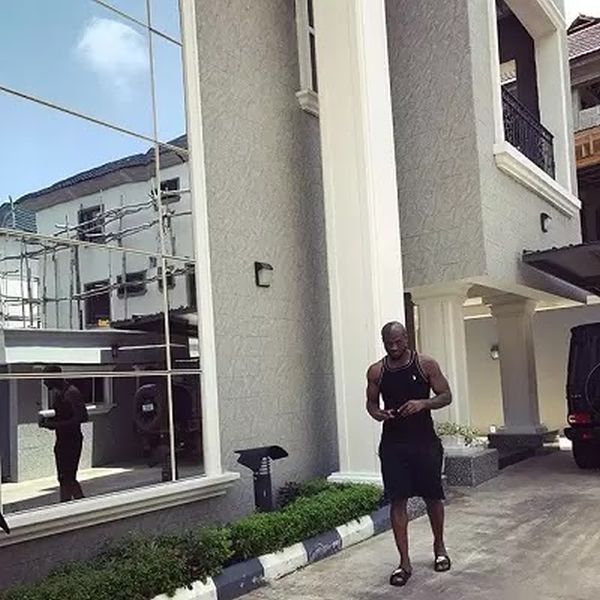 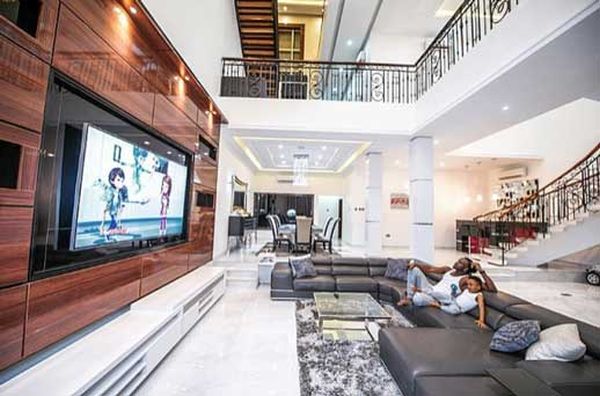 Checkout, Who have the most expensive in the listed above??
by Emmi on Wed Jun 27, 2018 1:22 am
Search in: Celebrities Gossip Topic: Popular Nigerian Celebrities With The Most Luxurious & Expensive Houses (See Photos) Replies: 0 Views: 448


The new single has been a trending topic on all social media platforms with utmost curiosity from fans and #music lovers, who crave for a solo hit from the Lamba king; Slimcase.
This is however not surprising as Slimcase has been delivering breathtaking verses on featuring such as ''Issa Banger'' with D’banj, “Diet ” with #Tiwa-Savage, #Reminisce and DJ Enimoney, “Overload ” with #Mr-Eazi to mention but a few.
Slimcase definitely did not disappoint, as he did utmost justice to the #song which is guaranteed to be the new street anthem.
It is noteworthy that “Otunba Lamba” made #record sales through preorders on iTunes, Boom Play and other digital media platforms. Enjoy!!
Buy on iTunes, Spotify HERE
#Download and Enjoy “Slimcase – Otunba Lamba” below:-